The League Militaire is an organization poised to defend the Earth Sphere from the invasion by the Zanscare Empire during the late U.C. 0140s to the early U.C. 0150s. Like the AEUG, many of its members are ex-Federation officers or currently active pilots. One of the League Militaire's first operational units was the Shrike Team MS squad.

The Militaire is sponsored by Anaheim Electronics and is generally of the same rag-tag structure. They are not above using captured enemy ships and mobile suits or even decades old weapons like the Alexandria-class cruisers for its small fleet. The League Militaire's primary objective is to assist (or in some cases, simply fight in place of) the Earth Federation against the Zanscare Empire. Their record of service is documented in the series Mobile Suit Victory Gundam.

The League Militaire was formed after the Zanscare Empire invaded Earth and conquered most of Europe, the reason of their successfull invasion was the weak state of the Earth Federation and their lack of military intervention, however, many Federation and Ex-Federation pilots decided to form the League Militarie to the fight the Zanscare Empire's occupation forces known by earthlings as the Yellow Jackets. 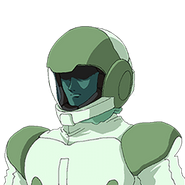 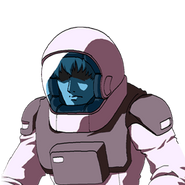 Generic League Militaire crewman, from G Generation Wars
Add a photo to this gallery
Retrieved from "https://gundam.fandom.com/wiki/League_Militaire?oldid=457168"
Community content is available under CC-BY-SA unless otherwise noted.