Currently the strongest player in GBN, holding the title of champion. He seems mild and gentlemanly, but when it comes to Gunpla Battle, his hidden passion burns more fiercely than anyone's. This is the player who has become the object of Riku's admiration.[1]

The two Gundams engaged in a fierce fight, and after destroying 00 Sky's Beam Rifle, Kyoya urged Riku to go all out; Riku activated the 00 Sky's Trans-Am Infinity and Kyoya used the AGEII Magnum SV ver.'s FX Plosion. They then had a high speed aerial battle, crashing through multiple floating islands, cumulating in the 00 Sky firing an energy arrow which Kyoya blocked using a Beam Saber before downing the 00 Sky with the F Funnels. As Kyoya was about to deliver the final blow using the Hyper DODS Rifle Magnum, Ogre and his Gundam GP-Rase-Two intervened. It was then revealed that Ogre had applied for his force, Hyakki, to be allied with the Build Divers just before the start of the battle.[3]

In spite of Ogre's aggressive attacks, Kyoya proved to be stronger, but Riku arrived to the former's aid and the two jointly fought the Champion. When they used their unique Trans-Am systems, Kyoya activated the FX Plosion again and skilfully battled them, dealing multiple heavy hits while remaining unharmed. However, Riku and Ogre refused to give up and attacked Kyoya with their finish moves. Kyoya responded with the 'EX Calibur' attack and the clash of the three destructive moves caused a huge shockwave that knocked back numerous other Gunplas in the area. Eventually, Kyoya's EX Calibur was overwhelmed and he smiled as the AGEII Magnum SV ver. was defeated. With Kyoya and his AGEII Magnum SV ver. out of the way, Riku flew off to rescue Sarah and claim victory.[3] 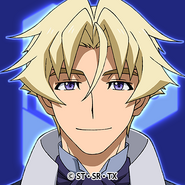 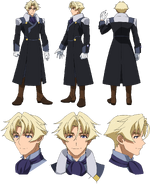 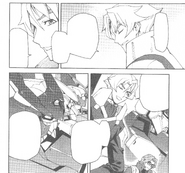