Kai (カイ, Kai?) is a fictional character from the After War Gundam X: Under the Moonlight manga series. He pilots a custom colored GX-9900 Gundam X and GB-9700 Gundam Belphagor.

Kai is discovered by Rick Aller and Rosa the Second in the sunken remains of a Trieste-class ship in the Sea of Lorelei, where he sat in the cockpit of a black GX-9900 Gundam X in a state of suspended animation. Awakened, Kai believed that the mutinous crew of Rosa's were part of the Space Revolutionary Army, and so he destroyed them with the Gundam X. Taken on board the Mirage, Kai is placed under observation by its captain Weiss Krujiff due to suspicions that she has of the pilot.

Weiss' suspicious prove to be well founded as when denied access to his Gundam X, Kai locates the GB-9700 Gundam Belphagor in the remains of a Newtype Lab. Wearing a mask and helmet that he was found with, Kai attacks the Mirage and its crew, destroying the ship with the Belphagors chest cannons. Leaving the area and roaming the wastelands fighting others, Kai is eventually recruited by Gredine into his organization called The Eyes of Space.

While a part of the organization, Kai is befriended by a young mobile suit pilot named Marco, and joins with his unit in an attack on members of the Colonial Congress. During the battle Marco sacrifices himself to save Kai from being stuck down by a RMS-019 Crouda. Seeing the death of Marco causes Kai to have another mental snap, and just as he had done with the Mirage, he fired the cannons located in the chest of the Belphagor, destroying much of the area as well as the remaining members of his unit in the resulting attack. Kai uses the large sword used by Marco as a new weapon for the Belphagor as he continues to stay with Gredine.

Kai takes part in a large battle involving a fleet of Vulture ships organized by Weiss Krujiff to combat the threat of the Eyes of Space, using the destructive power of the Belphagor to destroy a large number of ships and mobile suits before being confronted by a transmission from Weiss where she informs him the program contained in the helmet and mask he is wearing is incomplete. The incomplete program called "System X" amplifies his Newtype abilities, but at the same time destroys his mind and memories where he can no longer trust which are real and which were implanted by the program. Unwilling to trust Weiss, Kai continues to fight only to be stopped by Rick Aller and the newly repainted and refitted Gundam X. As the two battle one another their true Newtype abilities start to awaken and Kai is visited by a vision of Marco that helps to clear his mind as he is defeated by Rick and the System X helmet shatters from the damage it has taken in the battles.

Rescued by Rick, Kai joins him in the cockpit of the Gundam X with Rosa the Second, using their combined strength's to defeat Gredine. 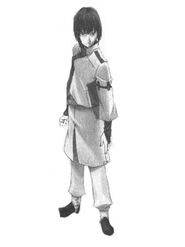 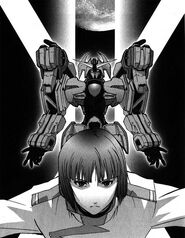 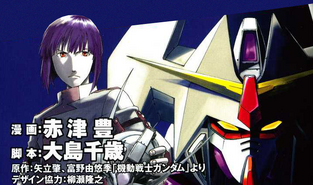 Kai and his GB-9700 Gundam Belphagor. 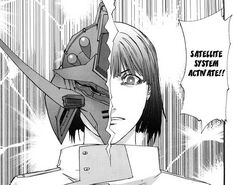 Kai using the satellite cannon on his GX-9900 Gundam X.
Add a photo to this gallery
Retrieved from "https://gundam.fandom.com/wiki/Kai?oldid=429541"
Community content is available under CC-BY-SA unless otherwise noted.