Jean Carry (ジャン・キャリー, Jan Kyarī?) is a fictional character that has appeared in various Mobile Suit Gundam SEED Astray manga, and has been a member of the Earth Alliance, the Junk Guild, and the Three Ships Alliance.

Jean Carry's history is similar to that of Kira Yamato's. Both of them are Coordinators who initially worked with the Earth Alliance during the First Alliance-PLANT War, before leaving the organization late in the war and joining the Three Ships Alliance. Although he fought against fellow Coordinators while with the Earth Alliance, he did not kill any, only incapacitating the enemy machines he battled against.

A first-generation Coordinator, Jean was born on Earth. He lost both his Natural parents during the Type S2 influenza epidemic, later emigrating to PLANT. There, he blossomed as a professor of engineering. When tensions began to run high among Naturals and Coordinators, he returned to Earth, as he did not have the same sentiments as the people around him. Despite being totally against armed conflict, he enlisted in the Earth Alliance when the First Alliance-PLANT War broke out as as he felt this was the best way to stop the hatred from spiraling out of control.

Jean was assigned a captured ZGMF-1017 GINN in a white paint scheme to pilot, and though he showed considerable skills in combat, his non-lethal method of defeating enemies displeased his superiors. Even so, his impressive performance with the white GINN earned him the nickname "Glimmering Cursed Star J". Later, Jean was assigned a GAT-01D Long Dagger to replace the GINN. In the Battle of Porta Panama, Jean and his Long Dagger fought against Yzak Jule and his GAT-X102 Duel Gundam. His MS was later disabled by the Gungnir, but he survived as Yzak refused to kill a defenseless opponent.

After the Earth Alliance began manufacturing mass-produced mobile suits with Natural-use OS, Jean was kicked out of the army as he was of no use to them anymore. Left with no place to go, Jean eventually joined the Junk Guild. The ReHOME was sent to transport him to the organization's headquarters. During the trip, Lowe Guele suggested that Jean should join the Three Ships Alliance instead, as the former felt that they could utilize his talents better. As part of the Three Ships Alliance, Jean piloted a MBF-M1 Astray in a white color scheme and performed admirably at the Second Battle of Jachin Due, successfully protecting both the Kusanagi and the Eternal alongside Barry Ho and his MBF-M1A M1A Astray.

In C.E. 73, he piloted his M1 Astray equipped with a heavily-modified Verne flight unit and went up against the ZGMF-YX21R Proto-Saviour, assisting Morgan Chevalier, Edward Harrelson, and Riika Sheder in the process. 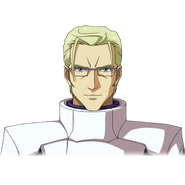 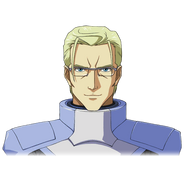