Jacobius Node (ジャコビアス・ノード) is a fictional character in MSV-R: The Return of Johnny Ridden. He is a former Chimera Corps member who works for Oxner Cliff in finding Johnny Ridden. He is also the president of P.M.C. Themis, which is comprised of former Federation, Zeon, and Titans soldiers.

In 0079, Jacobius Node was originally part of Garma Zabi's Earth Attack Force during the One Year War. He did not take part of the battle between Garma's Gaw fleet and the White Base burrowed in an old half-destroyed sports dome. After Garma's death, Jacobius was sent to Odessa to participate in the capture of the large resource center from the Earth Federation. Later on, he was sent into space for a while he was an escort for Captain M'Quve's Gwazine before being recruited by the Chimera Corps. 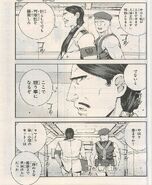 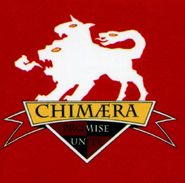