Ingrid 0 (イングリッド0, Inguriddo 0?) is a fictional character from the MSV-R: The Return of Johnny Ridden manga series.

She refers to herself as "Johnny Ridden" and is also called "Ingrid 0" by Oxner Cliff and Chairman Gopp, however, she cannot recall her real name. She is a former Chimera Corps member and Cyber Newtype originating from the Flanagan Institute who was woken from cryogenic sleep. She was assigned to the unit towards the end of the One Year War. She was a member of Johnny Ridden's team during her time in the Chimera Corps, with a teacher-student relationship rather than superior and subordinate. 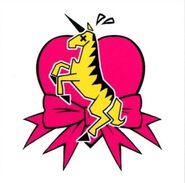