The following events occur in New York in the anime but Los Angeles in the manga.

The daughter of former New York City mayor Joseph Eschonbach, Icelina was Garma Zabi's lover, and first meets him after Zeon forces occupy a North American city. While pursuing White Base, Garma talks to her at a ball held in honor of Zeon. There, he tells her that they will marry regardless of what their parents want and that he'll present her to the Zeon people as his fiancée after he defeats White Base and the Gundam. Garma soon departs, but Icelina tries to follow him, being stopped by her father, who disapproves of her relationship with him. Her father later breaks the news to her of Garma's death in battle.

The following events do not occur in the compilation movie.

Icelina heads to the nearby Zeon base and convinces one of Garma's former officers, Lt. Darota to lead a special mission to destroy the White Base. She pursues the White Base in a heated battle, and aims her pistol at Amuro Ray, claiming that she wants to avenge Garma's death (Amuro, not knowing that she was Garma's lover, is bewildered by her assassination attempt). However, she then slips and falls from the Gaw that she's standing on, and falls directly to her death. Nevertheless, the crew of the White Base gives her a proper funeral and burial with all courtesy and respect despite not knowing who she is. 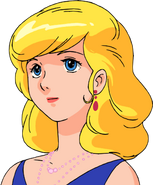 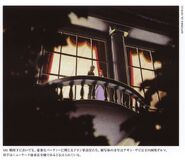 Icelina and Garma in MS Era

Retrieved from "https://gundam.fandom.com/wiki/Icelina_Eschonbach?oldid=458221"
Community content is available under CC-BY-SA unless otherwise noted.