In AC 165, the colonists elected him as their chief representative and used his incredible personal magnetism to help unite the colonies. Yuy began preaching a policy of pacifism and non-violence, urging the world's nations to disarm. This won him many supporters, including the prestigious Peacecraft family, monarchs of the Sanc Kingdom. In AC 174, he began making a goodwill tour of the colonies and began preparations for a colonial independence movement. This was considered a liability to OZ's plans to conquer the Earth and the colonies. One year later, on April 7, AC 175, Yuy was killed by Odin Lowe ; present at the time were his aides Dekim Barton and Quinze. Following Yuy's death, the United Earth Sphere Alliance began tightening its control over the colonies even further, cutting off communications between the colonies, lest rebellion ferment—however, the act of killing Heero Yuy provoked just that. The colonies developed the Gundams, along with help from disgruntled scientists from OZ and the plan of Operation Meteor. But Dekim's anger grew beyond avenging Heero, but for his desire to rule the Earth Sphere. In a strange twist, Odin's biological son would use the fallen politician's name as his own codename for freeing the colonies from the grasp of the Alliance. 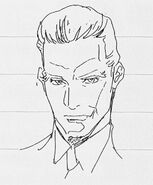 A young Heero Yuy talks to Doctor Jay Null about the revival of 'Sam', the first Zero System.