As a person, Hawk comes off as quite the macho man. Often seen as a womanizer to those around him, he constantly enjoys spouting quotes and words of tough guy wisdom to his fellow pilots and subordinates in order to inspire those around him. However, aside from how jokingly over the top he comes off as with his strong guy mantra, his words still reign true; as he is shown to be a very stern and commanding leader.

Hawk is a very skilled pilot, as he is in charge of commanding the mobile suit forces of The Nemesis Instructor Corps in battle. He's shown to be very skilled in mid to close-range combat; utilizing his RGM-79C GM Type C to full effect, as well as being able to combine his own fighting style and personal techniques into his piloting methods.

Hawk Reuser was an Earth Federation Forces mobile suit pilot and combat instructor during the One Year War. Alongside Major Saki Dessau, he is one of the founding members of the Nemesis Instructor Corps; whose mission was to train the countless newly recruited mobile suit pilots during the final days of the war. He was also one of the first members to know of the nemesis's true hidden goal; which was to uproot the corruption within the higher ranks of Earth Federation military. He and his fellow instructors would be responsible for uncovering a major conspiracy within the federation ground forces high command; which had the intent of prolonging the earth side of the conflict in order to gain more power. He would later continue to serve the nemesis in its post-war mission to investigate and take down True Federal from within its own ranks.

Unnamed Woman: Even though her name is not stated, Hawk has shown to have a romantic connection with a civilian woman he met at a bar near Ronto, Vancouver. He goes out of his way to protect her and save her life from an attacking MSM-10 Zock during the nemesis corps continuously failing attempts at preventing it from attacking the city. 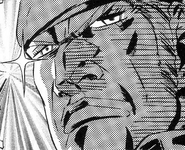 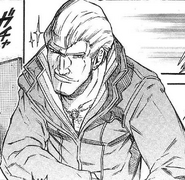 Retrieved from "https://gundam.fandom.com/wiki/Hawk_Reuser?oldid=464080"
Community content is available under CC-BY-SA unless otherwise noted.