Haroro (, Haroro?) is a fictional character from Mobile Suit Crossbone Gundam: Ghost and is the AI companion of Font Baud.

Haroro is an AI installed on a tablet-type portable device that Font Baud carries around. She is capable of transferring over to a separate connected device.

Haroro was created by Font Baud and his friends as part of their extra-curricular activity at school. Some of her capabilities are considered two-generations ahead of other civilian grade AIs in the Earth Sphere. By the late Universal Century, Side 3 has been known to be ahead in the field of computers and this factor contributed to her performance. Being spared from many of the major wars after the One Year War (and losing the capability to produce Mobile Weapons), Side 3 developed a stable and strong industrial capability considered state-of-the-art. Haroro's high-end conversation program is the result of this (along with revolutionary ideas from the students that developed her). Font has developed her conversation program to be as natural as conversations between human beings. 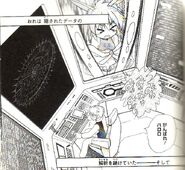 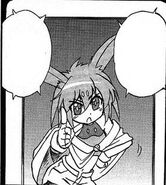 Retrieved from "https://gundam.fandom.com/wiki/Haroro?oldid=230606"
Community content is available under CC-BY-SA unless otherwise noted.