Gundam has been a franchise featured prominently in the Banpresto-produced crossover video game series Super Robot Wars (スーパーロボット大戦). Most notably they represent the Real Robot genre of anime, with other series like Mazinger Z and Getter Robo representing Super Robots and Combiner Robots. The franchise has kept an enormous presence in almost all the series, regardless of what timelines are represented.

Super Robot Wars is a series of turn-based tactical RPGs, usually featuring the characters, machines, and storylines from several different anime series'. These are usually shows produced by Gundam creator Sunrise, and typically all involve the use of Mecha. However, influential works from other production companies such as Neon Genesis Evangelion have also made appearances, and other works have stretched or even eschewed the Robot requirement such as Tekkaman Blade, Fight! Izcer 1, and Space Battleship Yamato 2199.

The Gundam series has always had a major presence within the Super Robot Wars franchise. While the first game on the Gameboy was more or less a gag game, from the second game on it was treated straightforwardly.

Most games in the series take place in a world combining elements from the included series', usually with the Earth Federation of one or more Gundam series' treated as the main government and Mobile Suits as a major component of their military's force. Up until Super Robot Wars J, the Universal Century timeline was one of three mainstays within the Super Robot Wars franchise, along with Mazinger Z and Getter Robo. In J, W, K, and L, that role is primarily taken by the Cosmic Era (along with Future Century in J and After Colony in W), while G Gundam is the sole representative in Super Robot Wars Neo. In the world of Z2, the governments are taken from the Anno Domini and After Colony timelines, while Universal Century, After War, Correct Century and Cosmic Era characters and mecha are brought in from the world of the previous game (Z).

When multiple timelines are involved, which is usually the case, the government(s) of the other timeline are typically incorporated in with that of the Federation. So for example, the Organization of the Zodiac might be a special unit within the Earth Federation just as it was in the United Earth Sphere Alliance, possibly with an inter-service rivalry with the Titans, for example.

The story in the series often brings together characters, mecha, and events that are separated not only by being in alternate universes but by long stretches of time within the same universe. Thus, it is possible to have Kamille Bidan in the MSZ-006 Zeta Gundam fighting alongside not only Amuro Ray in the RX-78-2 Gundam (or RX-93 ν Gundam), but also Uso Ewin in the LM314V21 Victory 2 Gundam or Domon Kasshu in the GF13-017NJII God Gundam. By the same token, the player may find themselves facing Anavel Gato or the Black Tri-Stars as part of Neo Zeon forces, or the A-Laws using Byarlants and Destroy Gundams as Mobile Dolls. With a few exceptions, this is typically done without the use of temporal or universal travel, and typically involves sweeping background changes in the histories of characters or machines(such as the RX-78NT-1 Gundam "Alex" serving as a prototype for the ν Gundam).

In a larger scale, it is not unusual for a Gundam character to have certain relationship or interact with characters outside of Gundam series such as Graham Aker's respect toward Kyoshiro Todoh from Code Geass, Setsuna F. Seiei's admiration for Macross Frontier's Ranka Lee who can stop a warfare only with a song (and he thought the song as a Gundam), Neon Genesis Evangelion's Misato Katsuragi's crush on Amuro Ray (a play on their respective Seiyuu's roles as the main couple in Sailor Moon), as well as Neil and Lyle Dylandy's friendship with an original character of Super Robot Wars named Crowe Burst, and so on.

The series also greatly alter or circumvents many events, preventing the tragic deaths of numerous Gundam characters, in great contrast to the series they appeared in. Thus, it is not uncommon to see Four Murasame, Elpeo Ple or Master Asia survive the events that led to their deaths in-series or to have the events prevented from happening altogether. Many games give opportunities to unlock special Mobile Suits or Mobile Suit parts, many of them hailing from the MSV collections or other model works (such as the Hajime Katoki redesign of the Wing Gundam, or the IWSP pack).

The influence of the series can also be seen in the original units. Two of the first three original units, outside of the Lord of Elemental series, were the Gespenst and the Huckebein, both inspired by the GM and the Gundam. In fact, the Huckebein series shares many of the same distinctive design characteristics as Gundams, such as the V-fin. 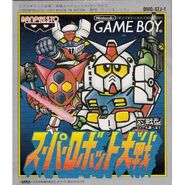 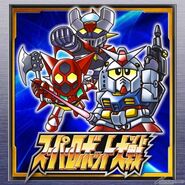 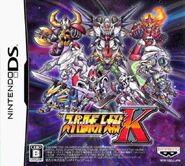 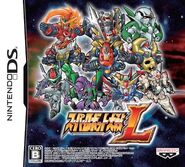 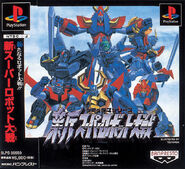 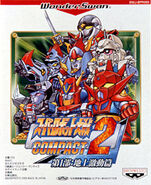 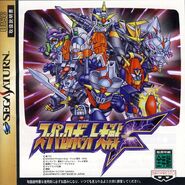 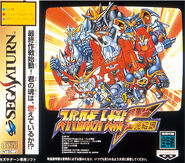 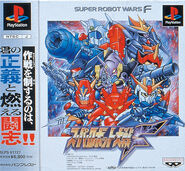 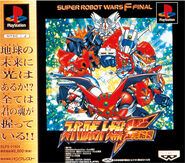 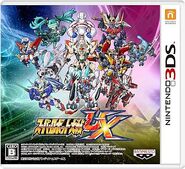 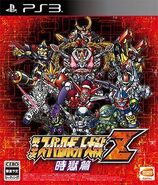 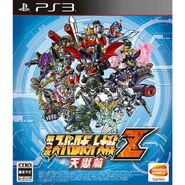