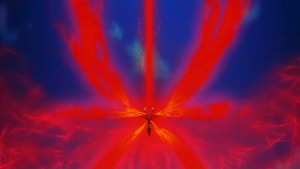 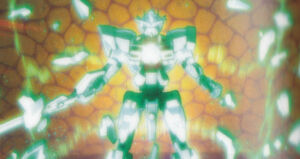 (note:Picture picked during the screening of Gundam 00 Movie) Quantum System is a function utilized by the GNT-0000 00 Qan[T]. It made its debut while comunicating with the ELS in Mobile Suit Gundam 00 The Movie: A wakening of the Trailblazer Gaeaman788 12:06, October 12, 2010 (UTC)

Retrieved from "https://gundam.fandom.com/wiki/Gundam_Wiki:Featured_Picture/Archive?oldid=102424"
Community content is available under CC-BY-SA unless otherwise noted.