The Gundam Head is a spawn of the JDG-00X Devil Gundam and appears in the anime series Mobile Fighter G Gundam.

The Gundam Heads are similar to snakes or worms, in the way that each head is supported by a long, green structure with very fast and flexible movement. Their heads partly resemble the head section of the RX-78-2 Gundam, except for the area surrounding it, as well as the mouth section, which has fangs, giving off the impression that the Gundam Heads appear more like a snake.

Gundam Heads are only ever used by the Devil Gundam, and are first seen in when Domon Kasshu and Master Asia make an unfriendly alliance, roughly half way into the series. After being attacked by several of them, Domon uses the Sekiha Tenkyoken technique to destroy them. 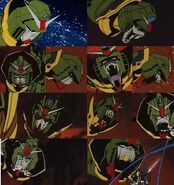 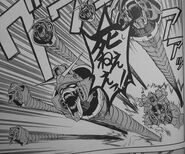 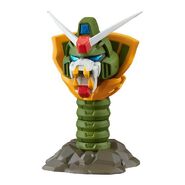