Guin Sard Lineford (グエン・サード・ラインフォード) is a fictional character from Turn A Gundam.

Guin Sard Lineford is a charming young nobleman who rules the principality of Inglessa. He seems dedicated to brokering a peaceful agreement between the Terrans and the Moonrace, and to building up the Militia in case those talks fall through. After his base of power Nocis City is destroyed he masterminds the Terrans' journey into space to confront the Moonrace. He uses his relationship with the Luziannan princess Lily Borjarno to retain his influence after the fall of Inglessa.

Guin is motivated by personal ambition rather than the welfare of his people. He makes a Faustian pact with Gym Ghingham to try and secure Moonrace technology for his own gain. His treacherous lust for power ultimately brings about his downfall. Gym's defeat forces him into exile, and Lily Borjarno takes the place he wanted forming diplomatic relations with the Moonrace and ushering in a new industrial age. 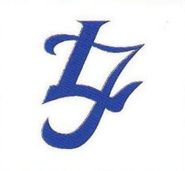