Go Ahead!! (Another War in UC 0044) is a manga written and illustrated by Kazuhisa Kondo, published by Hobby Japan Special Issue.

GO AHEAD!! (ANOTHER WAR IN UC 0044) was a one off comic collected in the Hobby Japan special titled Kazuhisa Kondo 2D & 3D Works Go Ahead, (From MS Gundam to Original Mecha).

It has two parts including photos of models of the featured mecha. UC44 is a WWII Gundam story down to the SS and Wehrmacht uniforms worn by the Organization of Dread characters.

The first part Drohung, details an attack on an Organisation of Dread (Nazi/Zeon MS) train carrying MS by Kareria (Allied/Federation MS).The second part Durchbruch, is the mop up of the Organization of Dread forces by the Kareria forces.

What is collected in this volume equals 37 pages. It is unknown if there were any more since the story was most likely done for issues of Hobby Japan magazine. 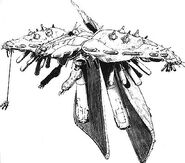 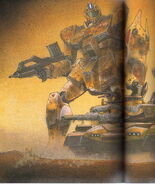 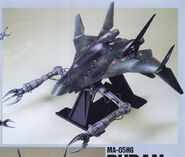 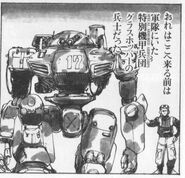 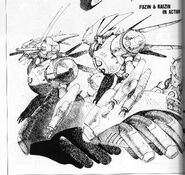 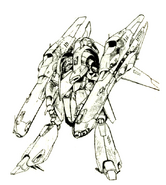 Retrieved from "https://gundam.fandom.com/wiki/Go_Ahead!!_(Another_War_in_UC_0044)?oldid=425214"
Community content is available under CC-BY-SA unless otherwise noted.