Go! Go! Our V-Gundam!! (いけ!いけ!ぼくらのVガンダム!!, Ike! Ike! Bokura no V Gandamu?) is a manga written and illustrated by Tsukasa Kotobuki, published between the years 1992-1994 in the magazines MEDIA COMIX DYNE and MS SAGA. It focuses mainly on short story parody of Mobile Suit Victory Gundam. Two editions of the compilation book were published, in 1994 by Media Works/Shufunotomo and in 2002 by Media Works/Kadokawa Shoten, both of which include stories from different periods in the Universal Century, and even a satire of Mobile Fighter G Gundam. Kadokawa Shoten released another edition of the book in 2012 called Mobile Suit Zeta Gundam Early Works, which included two side-stories from Gundam Ace involving Kai Shiden, and a parody story of New Mobile Report Gundam Wing. 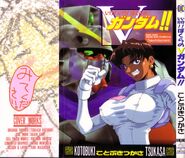 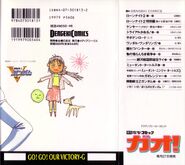 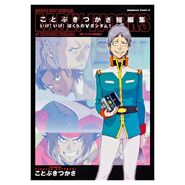 Retrieved from "https://gundam.fandom.com/wiki/Go!_Go!_Our_V_Gundam!!?oldid=289821"
Community content is available under CC-BY-SA unless otherwise noted.