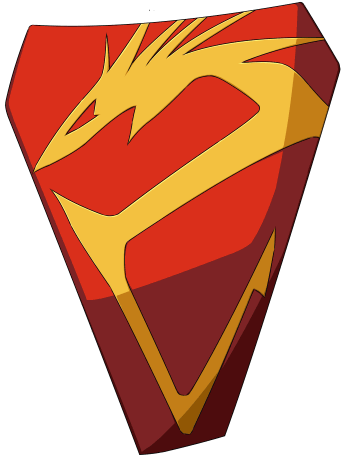 The Glemy Faction is a splinter group of the first Neo Zeon Movement created and lead by Glemy Toto with the intention of releiving Haman Karn of her power and position as leader of Neo Zeon, and reviving Zeon under the rightful rule of the Zabi Family.

When Axis Zeon appeared in U.C. 0087, it announced its intentions to revive Zeon under the leadership of the last surviving Zabi family member Mineva Lao Zabi. However since Mineva was to young to rule, her regent, Haman Karn, would handle the running of Zeon until she was old enough to take over. After the Gryps Conflict ended Axis Zeon, now going by the name of Neo Zeon, waged war against the Earth Federation with Haman as its supreme leader. However Haman had a deap mistrust in one of her subordinates, Glemy Toto, as his position as a posible member of the Zabi family threatend her position. Her fears came true when her constant survaillence of him, caused him to notice that Haman had accquired so much power and was by no means about to give it up. Glemy, as well as other Neo Zeon members, came to the realization that Haman was planning on ruling Neo Zeon on her own, using Mineva as a figure head (much like Gihren Zabi had done with his father years ago). With this knowledge, Glemy defected from Haman's rule and secretly began building his own Neo Zeon movement, out of other supporters who favored the rule of tha Zabi's over that of Haman's. This group came to be known as the Glemy Faction and came into conflict with Haman's loyalist faction in the Second Battle of Axis, the final battle of the First Neo Zeon War. The Glemy Faction played a crucial role in the defeat of Neo Zeon, as there forces helped weaken Haman's troops, which allowed the AEUG to overpower her forces. Despite this the Glemy Faction would meet its end when its leader was killed by AEUG member Roux Louka, though the Ple Clones continued to battle until the EFSF came to back up the AEUG. Thus they to were defeated in the Second Battle of Axis, with some of its members, mostly Ple clones, surviving and going into hiding.

Retrieved from "https://gundam.fandom.com/wiki/Glemy_Faction?oldid=116747"
Community content is available under CC-BY-SA unless otherwise noted.