George Allster (ジョージ・アルスター) is a character that appears in the anime Mobile Suit Gundam SEED.

George Allster was a Vice-Minister of the Atlantic Federation and Flay Allster's father. He was also a high-ranking member of Blue Cosmos. He was a passenger on the Nelson-class space battleship Montgomery, the lead ship of the advanced force of the Earth Alliance's 8th Fleet, which was about to join the Archangel that Flay was on. The advance force was wiped out during the Battle near Junius Seven, and he died when the Nazca-class vessel Versalius fired on the ship he was on just before he boarded the escape craft.[1] 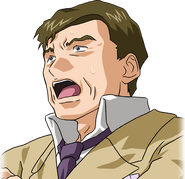 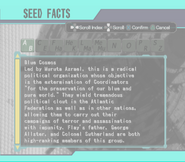 George Allster's confirmation of being a Blue Cosmos member according to the Never Ending Tomorrow video game.