The GNR-010 0 Raiser is a dedicated support unit for the GN-0000 00 Gundam and is piloted by Saji Crossroad in Mobile Suit Gundam 00.

0 Raiser's design is derived from the GNR-001 GN Arms. The unit is a weapons support/transport-fighter that contains self-detachable components to combine with GN-0000 00 Gundam. It was developed to help fight against the overwhelming numbers of the Earth Federation.[1] As they are only a limited number of solar furnaces available, the unit uses a large GN Condenser as its main power source and is designed to charge using 00's GN Particles when docked.[1] 0 Raiser is loosely autonomous with the aid of a Haro unit, capable of assisting 00 Gundam in combat and docking sequence; the unit has a cockpit for manual pilot control that's necessary for special system calibrations.[1] If the 0 Raiser's internal control system is somehow damaged or disrupted during operation, it will affect the operation of 00 Raiser and leave it vulnerable.[2]

As a fighter, the unit itself is a high speed aerial/space combat ship. The unit is highly maneuverable and capable of loading heavy artillery for combat. It can carry additional GN Missiles of all sizes to combat mobile suits, intercept enemy ordinance, and capital ships; even though the unit is capable of independently combating enemy units, its fighter mode wasn't utilized much as it was meant to dock and stabilize the Twin Drive System. The cockpit is not actually located on the orange canopy as its design would suggest, rather it is located at the center of the fuselage.[1]

In docking mode, docking lasers/sensors are activated to automate the docking sequence.[3] 0 Raiser's tail folds downward and its binders are moved forward to adjust docking with 00's back. The binders extend clamps to attach upon 00 Gundam's GN Drives while the main body attaches to the back of 00 Gundam. When combined they become a single combat unit, 00 (Double O) Raiser, and the Twin Drive System is stabilized for high particle output. In addition, the Trans Am System also becomes usable.

Initially, the 0 Raiser was designed as a normal support unit with docking combat capabilities also designed in. However since 00's Twin Drive turned out to not be stable as required, its final form and operation method is very different from how it was initially designed. Because of the constant need for the firepower of 00 Raiser, it became the mainstay form and configuration for 0 Raiser.

Beam weapon using GN Particles, 0 Raiser's main armament. It's firing rate is higher than a beam rifle, but is also weaker. It is the same type of weapon as the GN Beam Submachine Gun and the GN Submachine Gun used by Kyrios and Arios respectively. This weapon uses up a lot of GN Particles, for 0 Raiser which is not equipped with a GN Drive, there's a limit of use. However, since Saji is not very active in the battlefield, the energy consumption is not a problem. They remain usable after docking with 00 Gundam.[1]

Upon hitting the target, it will inject GN Particles, destroying it from the inside. Suitable against huge targets like warships. As they are are smaller compared to the ones used by Gundams, more can be stored. Because of improvements in compression technology, the power loss as a result of smaller size is almost nil. The weapon is target seeking, so it's a very important armament for Saji, who is not suitable to battle. Usable when docked.[1]

Same weapon as used by Exia.[1] Mounted between the main body and the wings, used to shoot down missiles, range is long but power is weak. The actual use for this weapon is to distract enemies after docking with 00 Gundam.[1] After docking with 00, the attack direction is fixed to downward.

Equipped in front of 0 Raiser (the Orange canopy), it includes multiple sensors, and more powerful than those equipped in MS.[1] Used for data gathering in battle, and send the information to other MS.[1] To fully utilize this system, a pilot and a Haro is needed.[1]

The left and right sections of the entire fuselage.[1] After 0 Raiser docks with 00 Gundam, they are seperated from the main fuselage and are placed over the shoulder.[1] They also function as shields, thus the handheld shield previously used by 00 is no longer required.[1] In addition, each binder will also deploy a pair of blue large clavical antennas after docking.[1] By directly connecting to the solar furnace on both shoulders, overall GN Particle control is dramatically increased.[1]

While testing the 00 Raiser, it produced its Trans Am rate exceeding the theoretical 300%, which amazed Linda, Ian, Anew and Setsuna.

When the A-Laws launched a surprise attack on the base, Ian had just finished tuning the 0 Raiser, but was injured by a long-ranged GN Beam from Gadessa, so Saji and red Haro had to pilot it. 0 Raiser was successfully delivered to 00 and they docked, creating 00 Raiser. It had enough speed to circle an asteroid and slice an Ahead (piloted by Barrack Zinin) in half.

The 0 Raiser was later stolen by Innovator Revive Revival in an attempt to capture it and the 00 with Celestial Being spy Anew Returner. However, their plans failed but Revive used a machine gun to damage the 0 Raiser's internal systems, forcing Ian to repair the 0 Raiser by replacing the entire cockpit unit.

In the final battle against Ribbons/Reborns, the two binders of the 0 Raiser were heavily damaged. After the battle between Ribbons/0 Gundam and Setsuna/Exia R2, Celestial Being recovered it and repaired it along with 00, creating the GN-0000RE+GNR-010 00 Raiser Condenser Type.[5] 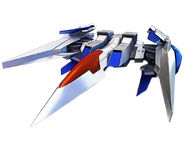 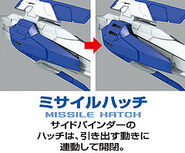 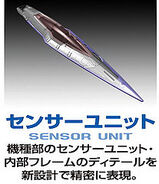 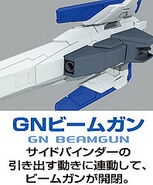 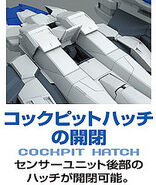 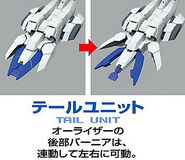