The Regnant 2 (the '2' actually stands for Unit 2) is a slightly improved variant of the formidable Regnant and is supposed to be put into mass production. The only modification made to the design is a new head unit that contains redesigned sensor system that has a wider sensing range. The Regnant 2 was close to completion by the time the final battle of the Innovade conflict started, but it still did not make it to the battlefield.

The Regnant 2 possesses 10 GN Fangs which resemble clawed fingers when not in use. They are capable of piercing any armor, and are similar in role to the Arche Gundam's Fang units. However, they require periodic recharging to ensure their continued usage.

Like the Regnant, the Regnant 2's GN Particle cannon can fire a powerful beam shot that can change direction based on the location of the enemy. There is one cannon located in the front section for mobile armor mode and one located in the chest for mobile suit mode, though both units cannot be used at the same time.

Mounted in sets of four per hand, these cables can wrap around enemy mobile suits and electrocute them.

The Regnant 2 has GN Missiles, with 8 missiles per hand. These are capable of similar damage to other GN Missiles.

The GNMA-0001V Regnant had already shown that it is powerful enough to handle multiple Gundams by itself. Thus, if the Regnant 2 and its mass production version were completed in time, the outcome of the Innovade conflict would have been very different. Celestial Being would be defeated and the Innovades would have had more influence on society. Needless to say, the encounter with the ELS would also be affected and whether the "dialogue" could be successfully established is an unknown. 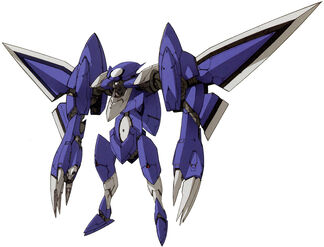 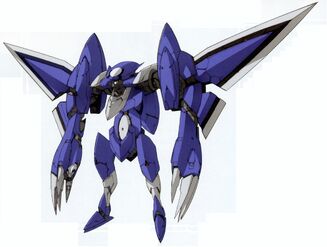 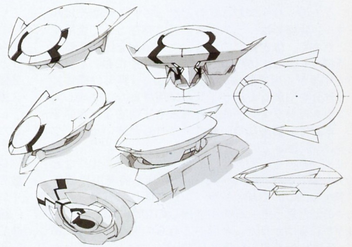