The GN-011Z Gundam Zerachiel is a Gunpla appearing in Gundam Build Divers Break.

Like its base Gunpla, the GN-011 Gundam Harute, the Gundam Zerachiel has a transformation mechanism for changing into flight form and it is given a new name - 'GN Sky'. Additionally, the Gundam Zerachiel can also transform into a new ground-use tank mode, the 'GN Bull'. Both names are taken from the G-Sky and G-Bull modes of the G-Fighter featured in the Mobile Suit Gundam TV series.

The Gundam Zerachiel retains most of Gundam Harute's weaponry, but the GN Missile Container is replaced by the GN Radome Unit to gather information on opponents and to identify Mass-Divers. It also has new weaponry in the form of two GN Huge Cannon and the GN Nose Vulcans. Lastly, it also has a special system based on the Gundam Harute's Marute Mode, though it is currently unnamed.

Like the Harute, the Zerachiel uses a pair of GN Sword Rifles as its main weapons. As implied by their name, they can function as beam rifles as well as GN Swords. Their tips can also open up to form claws that can sever the enemy.

A pair of high-output, large-caliber beam firearms. They are usually mounted on the sides of the GN Radome Unit and serve as the main weapons in GN Sky and GN Bull modes. They can also be handheld and be used by other Gunplas. By adjusting energy deflection and convergence rates, they can switch between various shooting modes such as long and medium range as well as spreading attacks.

Mounted in the tip of each side container, the pair of GN Cannons are powerful, long-range beam cannons. They are the same GN Cannons as equipped by the Harute.

Beam guns placed on the nose of the GN Sky and GN Bull. They have high rapid-firing capabilities and are an effective armament that can perform normal attacks as well as intercept incoming missiles.

Remote weaponry stored in the two side containers. Their tips can open like a pair of scissors to sever the enemy. Same remote weapons as used by the Harute.

A radome sensor attached to the back of the waist, replacing the Harute's GN Missile Container. In addition to gathering information about its opponents during battles, it can also identify the existence of Mass Divers that are responsible for suspicious behaviors through a wide-range scan for active Gunplas and Divers within the Dimensions of GBN. 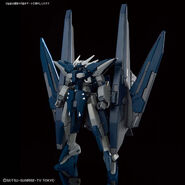 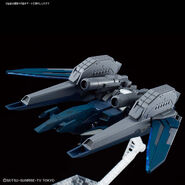 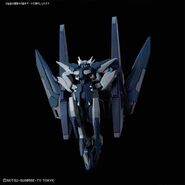 Retrieved from "https://gundam.fandom.com/wiki/GN-011Z_Gundam_Zerachiel?oldid=496018"
Community content is available under CC-BY-SA unless otherwise noted.