The Cherudim Gundam SAGA (Special Assault Gundam Arms) is a special equipment version of the Cherudim Gundam designed for infiltrating enemy facilities.[1][2] For this reason, it is armed with heavy weapons, and has a total of seven short-barrel guns.[1][2] Ian Vashti, designer of the machine, equipped it with seven guns as he was inspired by the "Seven Swords" concept of the GN-001 Gundam Exia, and in fact, the Cherudim SAGA's development code was "Seven Guns".[1][2] A specialized crystal sensor is located in the forehead for mid-close range combat, and in sniper mode, it slides down diagonally to around the eye level.[1][2]

The Cherudim's GN Shield Bits are removed in favor of a convenient GN Small Shield as they are not suitable for use in tight spaces.[1] With the loss of the GN Shield Bits, the suit's rear waist-mounted GN Drive is now protected by additional armor pieces and a GN Missile Container.[1] The suit's weight is also reduced with the removal of these bits.[1] Overall, the new parts for the SAGA equipment is kept to a minimum, with the majority being guns.[1] Although the Cherudim SAGA is developed for a different purpose, it still retains the long range capabilities of the original Cherudim, so it can still shoot enemies from a distance.[2]

Same weapon as used by the GN-002 Gundam Dynames, a pair of them are stored in waist-mounted holsters.[1] Small and easy to handle[2], they have less power than standard GN Beam Rifles, but have a higher rate of fire.

A pair of GN Beam Pistol II are stored on the Cherudim SAGA's back.[2] They have low firepower due to their small size, but are easy to handle and capable of rapid fire. Furthermore, the part below the pistol's barrel has anti-beam coating to block beam saber attacks, and can also parry other melee weapons.[2]

Similar to the Cherudim, missile pods are located in the front skirt of the Cheridim SAGA.[1] The four pods will fold outwards to reveal a pair of GN Missiles in each pod, for a total of 8 missiles. The missiles are meant for short to mid-range use.

Cherudim SAGA's main weapon, it is a GN Sniper Rifle II modified with a shorter barrel for mid-range sniping missions.[1][2] Maintains a high accuracy rate[2] , and stored on the right shoulder when not in use.

Mounted on the rear waist GN Drive to protect it.[1] Stores GN Missiles in the main compartment, and has GN Mines on the back of the container's hatch, which opens in a top-down manner.[1][2] The GN Missiles in the container are different from those in the front skirt's GN Missile Pods, they are stubbier and thicker, and have no propulsion systems.[1] Instead, they are launched via particles released from an explosion, and are meant for attacking enemies in extreme close range. [1]

A small convenient shield mounted on the left shoulder, it can be removed and held in hand.[1] Capable of generating a GN Field for a short period of time, and the middle crystal structure contains sensors for enemy detection.[1]

A machine gun with the same level of ability as the vulcan mode of the Cherudim Gundam's GN Sniper Rifle II, it is for spraying a hail of beams over a wide area.[1][2] Two of these weapons are stored on the legs.[1]

A system that when activated causes all of the compressed high-density GN Particles accumulated in the Gundam to be fully released, enhancing its thrust and defensive capabilities as well as allowing it to perform at three times its normal output for a limited time. The entire Gundam also glows red as a side effect and afterimages are generated during movements. However, this system is a double-edged sword, as once it ended, the Gundam's performance will drop. This negative effect will last until the stored GN Particles within the Gundam return to normal level.

Appearing in episode four of Gundam Build Fighters: Battlogue, it is a custom Gunpla of the Cherudim SAGA built by Meijin Kawaguchi III.[2] The only difference is the change from a blackish color scheme to an urban camouflage greyish color.[2]

Amy Zimbalist faced the Cherudim Gundam SAGA with his GNX-604T Advanced GN-X when his base was attacked by the former. As the narrow passageways in the base didn't allow Amy to use his MS to its maximum potential, he decided to intercept the enemy outside. Amy attacked the Cherudim SAGA as it left the base, and as expected, it fired a few shots before its rifle ran out of energy. Amy thought that it was his chance, but before he could attack, the Cherudim SAGA drew another gun. This repeated several times, until the Advanced GN-X reached its GN Drive Tau's operational time limit, and the Cherudim SAGA quietly left. 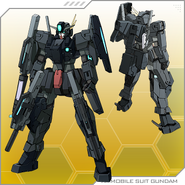 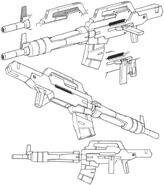 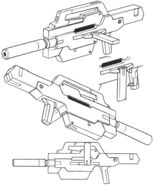 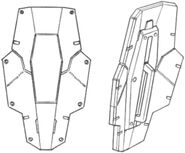 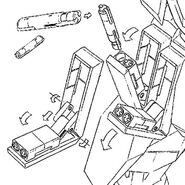 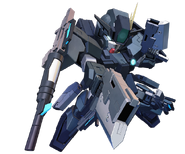 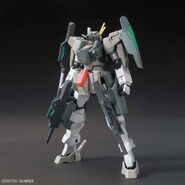 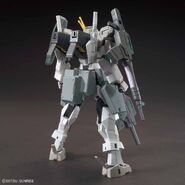 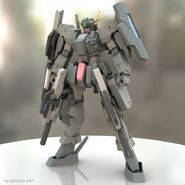 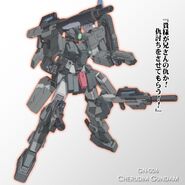 Retrieved from "https://gundam.fandom.com/wiki/GN-006/SA_Cherudim_Gundam_SAGA?oldid=499039"
Community content is available under CC-BY-SA unless otherwise noted.