The Master Phoenix is the personal mobile suit of knight warrior Code Phoenix. The overall design of the Phoenix is altered greatly, removing the transformation mechanism to bird mode and the funnel containers. Its relation to the GGF-001 Phoenix Gundam is unclear.

An enhanced version of the Phoenix Gundam's Nano-Skin System, which allows the mobile suit to have self-repair faster than its successor. 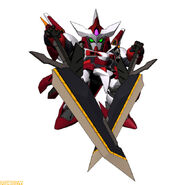 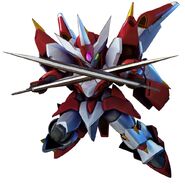 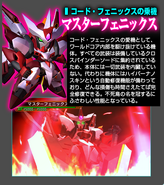 Retrieved from "https://gundam.fandom.com/wiki/GGF-000_Master_Phoenix?oldid=495975"
Community content is available under CC-BY-SA unless otherwise noted.