The GF13-017NJ/B Gundam Shining Break is a Gunpla appearing in Gundam Build Divers Break. Based on the GF13-017NJ Shining Gundam, it is piloted by Ark.

A custom Gunpla based on the hand-to-hand fighting styled Shining Gundam, the Gundam Shining Break reverts to a basic fighting style, armed with a beam rifle and shield.[1] Making use of the base kit's wide range of motions, a transformation mechanism was added by Ark, allowing the Gunpla to transform into a flight form known as 'Shining Berkut'.[1] There is a 'Before' and 'After' version of this Gunpla based on the time period of the story: it has a black base color when Ark was a Mass Diver, and this changed to the orthodox white base color after he gave up using the Break Decal.[1] The Gunpla can still use the base kit's Super Mode, but Ark had purposely omitted the mode's armor expansion mechanism.[1] However amidst adversity, he succeeded in learning the Shining Boost Finger special attack, which uses that mechanism.[1]

Two pairs of vulcan guns of different calibers are mounted in the head.[1] They are mainly used to restrict enemy movements, intercept missiles, etc.

They were originally called Beam Swords when used by the base Shining Gundam, but Ark criticized the name and changed them to Beam Sabers for the Gundam Shining Break.[1] One long and one short beam saber can be mounted on the Gundam's back.[1]

A large, portable firearm designated for the Gundam Shining Break.[1] During Shining Berkut mode, it becomes the nose unit and can shoot while in that position.[1] The front end contains an expanding mechanism and when directly linked to the suit's generator, it can produce a powerful shot.[1] It can also be used for the Shining Boost Finger special attack.[1]

A large shield with optimized defense capabilities.[1] It also stores the main wings of the Shining Berkut mode and can function as a flying sub-unit.[1] 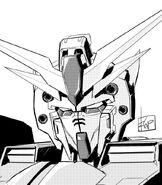 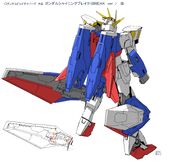 In episode 25 of Gundam Build Divers 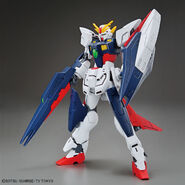 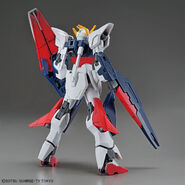 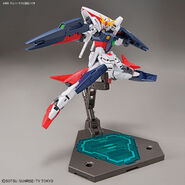 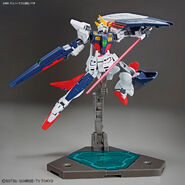 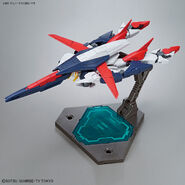