Sei’s new Gunpla, it is an upgraded version of the Build Strike Gundam Cosmos he used in the 8th World Tournament.[1][2] Sei has worked on every inch of the Gunpla, it has new crystal parts on the chest, shoulders and legs, as well as thick armor that can withstand Vulcan shots.[2][3] Even parts with no apparent changes have been improved.[1] The most significant difference is the Galaxy Booster, a support unit that greatly improves the Galaxy Cosmo’s performance when docked and acting as the Gunpla’s backpack.[2][3]

Additionally, the Gunpla’s RG System is further enhanced, and can be simultaneously activated with the Star System, which functions like a combined version of the Star Build Strike Gundam’s Absorb and Discharge System.[2][3] Although the RG and Star systems can only be used together for a short period of time, they can raise the Galaxy Cosmo’s performance to its absolute limit.[2][3] However, this also makes controlling the Gunpla harder.[2]

A close combat weapon that produces a beam blade when drawn, one is stored on each of the Gunpla’s side armor.[2] A standard Gundam weapon.[2]

Has a movable top barrel.[2] By linking the rifle to the connecting arm of the cosmo shield, the energy absorbed via the Star System can be converted and fired as beams.[2] The beam rifle’s appearance resembles that used by the Build Strike Cosmos and the GAT-X105B/ST Star Build Strike Gundam.

Attached to the left forearm, it uses the Star System, which has generally been used offensively, for defensive purposes.[2][3] Capable of diffusing enemy attacks.[2]

Created when Build Strike Galaxy Cosmos was under construction, it is a support unit that also functions as a backpack.[2][3] It attaches to the Galaxy Cosmos the moment the Gunpla appears on the battlefield.[2][3] When the RG System and Star System are simultaneously activated, the Galaxy Boosters’ 12 wings are fully deployed.[2][3] These wings function as particle controlling antennae, and by spreading them in all directions, it is possible to control Plavsky particles within a wide range accurately.[2] When deployed as an independent support unit, the Galaxy Booster can be used for reconnaissance, etc.[2]

This system absorbs enemy attacks and forms a Power Gate.[2] This boosts the power of fired beams, and increases the speed of the Gunpla after it moves through the gate.[2] Generally used for offensive purposes, it can also be used defensively as seen with the cosmo shield.[2][3] The Star System’s abilities are akin to that of the Star Build Strike Gundam’s Absorb and Discharge System.

Like its two predecessors, the Build Strike Galaxy Cosmos has the RG System, which improves the performance of Gunpla by allowing Plavsky Particles to circulate within it.[2][3] The 'RG Star System' is the simultaneous activation of the RG and Star systems; the Galaxy Booster’s wings separate into 12 parts, and the crystal parts on the Gunpla’s shoulders and legs are also deployed.[2][3] In this state, the ability of the Gunpla to control particles improves significantly.[2] The Gunpla's performance is also significantly increased, but piloting it becomes exceptionally difficult.[2] 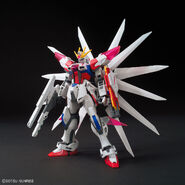 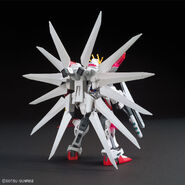 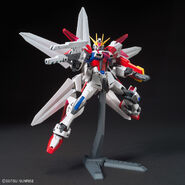 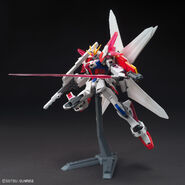 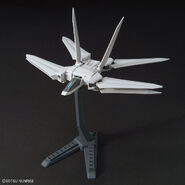 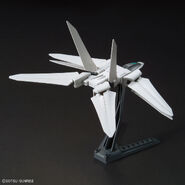 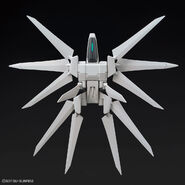