The G-Armor is the combined form of the RX-78-2 Gundam with both parts of the the G-Fighter. Due to the G-Armor's ability to quickly deploy the Gundam after transporting the mobile suit, it is the most used combined configuration of the G-Fighter and Gundam.

The G-Armor was the result of the Gundam combining with both the A-Parts and B-Parts of the G-Fighter. In this form, the G-Fighter's tank treads connected the A-Parts and B-Parts so that energy could travel between the two. After combination, movement and weapons were controlled from the G-Fighter's cockpit, though during the G-Armor's first appearance the Gundam's cockpit carried out fire control. Because its waist and arms were exposed, two of the Gundam's shields were mounted to its arms to protect both sides of the G-Armor. The Gundam can be released from the G-Armor in a process known as Bolt Out, during which the A-Parts and B-Parts separated from the mobile suit before automatically recombining into the G-Fighter. The shield on the right arm was originally discarded when this was done, but after a proposal by Amuro Ray, a special joint was implemented so that it could be mounted over the top of the shield on the left arm.

The G-Armor's main armament is a pair of experimental beam cannons mounted on the top of the A-Parts. It used E-cap technology like the Gundam's beam rifle, but was much more powerful. The number of shots it could fire was increased when combined with the Gundam, as the G-Fighter's own generator could be linked to the Gundam's and operate together.

A retractable 2-tube missile launcher was mounted on the underside of the G-Armor's nose. The missiles could be fired either forward or downward for anti-submarine use.

A retractable 4-tube missile launcher was mounted at the rear of the G-Armor, below the main thrusters.

One of the Gundam's shields was mounted on each forearm. Weighing 10 tons, it was a simplification of the armor structure on the Gundam's body and was designed for shock diffusion and absorption rather than robustness. It featured a triple honeycomb structure, with a high-density ceramic material based on super-hard steel alloy sandwiched between aramid fibers and an outermost layer made of luna titanium alloy. The surface of the shield was filled with a resin made of a polymer material for improved elasticity.

In the second season of Mobile Suit Gundam Thunderbolt, a G-Armor carrying a RGM-79 GM (Thunderbolt Ver.) participated in the Battle of A Baoa Qu and was destroyed by a MSN-01 Psycommu Test High Mobility Type Zaku II. 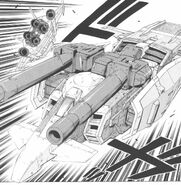 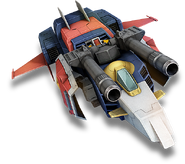 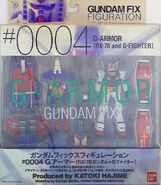 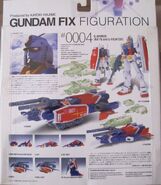 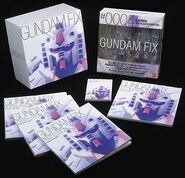 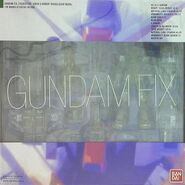 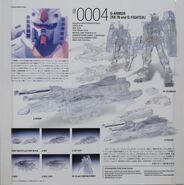 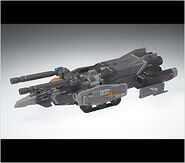