Fusion Clashes: Gundam Battle-Rave (フュージョン戦記ガンダムバトレイヴ) is a manga released in 2006, to promote the game of the Cards jump V, and tells the story of a boy with the power to use the "Battle-Rave" obtained from the Soul Machine. The project in collaboration between the Sunrise and Bandai, also Kunio Okawara and Hajime Katoki participated as creators of original drawings.

Virtual Space "G" Dimension around the colony in its own territory "G catapult gear," Seoul's most popular game machine was summoned to fight on the card housed in a "Batoreivu" Hyuuga, Gekkou, will be seen three drops of not attacked by MS. Gekkou crisis-ridden brother Hyuuga Hyuga and even to repel by their fusion with the dragon the MS Gundam was guided by a mysterious voice trapped in the dimension G.

Card game is the "core MS card" and "dove rave card" There are two types of pigeon rave cards that are drawn on both side A different things on both sides.

Come into play when the game begins, MS and the base.

Fusion MS on one side, the card depicting the wisdom of the other side. Start a game without turning the G catapult gear.

Fusion MS Surface on which the MS is fused with the wisdom written. G catapult into gear so you can view this page. If you use MS overlaid their gear out of the G catapult.

Wisdom Painted surfaces include the fusion to fuse MS. Has different effects, look if you use other leave to G catapult gear.

The Fusion MS and Wisdom has four attributes, characteristics and dynamics are related to each. However, a small fraction is also present and Wisdom Fusion MS with no attributes.

Organisms such as plants and animals that represent the attributes. Red color of the card. Increase the power more effective, strong attributes mainly tech.

Attributes that represent a machine with a focus on artifacts. Vehicles such as cars and planes, household appliances such as televisions and washing machines, and more are also included building pyramids and Yachihokoya. Blue color of the card. The effect of interfering with many other strong attributes mainly hero.

Represent the main human attributes. From what appeared to be RPG-like warriors and wizards, which included martial arts, such as athletes or up. Yellow color of the card. More effective to work with Will, Legend mostly stronger.

Phantom Beast monsters that represent attributes such as solubility. Green color of the card. Other attributes are not many special effects, mainly bio-resistant. 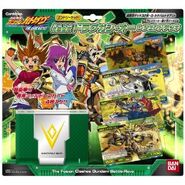 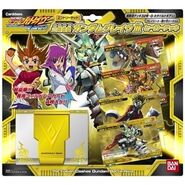 Retrieved from "https://gundam.fandom.com/wiki/Fusion_Clashes:_Gundam_Battle-Rave?oldid=308694"
Community content is available under CC-BY-SA unless otherwise noted.