During the events of SD Gundam Ultimate Battle, Knight Unicorn Gundam had planned to become a god by forcing Knight Gundam to turn into a card. With this goal accomplished, he takes control of the remaining warriors in order to continue the fighting. As the battle rages on, Tenkai Bujin Matsuri Musha Mikoshimaru, who had been following Knight Unicorn from a higher dimension, descends from the heavens. Knight Unicorn Gundam uses his new power to transform into Full Armor Knight Unicorn and engages Mikoshimaru. In response to his attack, Mikoshimaru summons Warrior God Voudainlander and Summoner X to assist him. Summoner X uses his Akashic Binder to summon a new group of warriors. As Summoner X is slowly being overpowered, Knight V2 Gundam senses that Unicorn was being controlled by the armor, but says he is an enemy and must be defeated. He is then convinced by Ryūkenshi to use the power of the Thunder Sword and the Storm Sword to destroy it. With Knight Unicorn freed, the full armor reveals its true identity: Red Majin Shamblo. 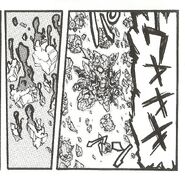 Retrieved from "https://gundam.fandom.com/wiki/Full_Armor_Knight_Unicorn_Gundam?oldid=386226"
Community content is available under CC-BY-SA unless otherwise noted.