The Cosmograsper was jointly developed in C.E. 71 by several companies including PMP. Besides serving as a support unit for the GAT-X105 Strike Gundam in space, it was also recorded as being meant to replace the TS-MA2 Moebius. 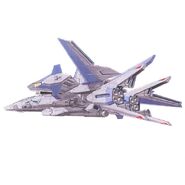 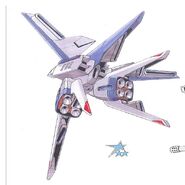