The F90III-Y Cluster Gundam was a trial production unit and the third unit in the Formula 90 series built by the Earth Federation Forces' Strategic Naval Research Institute. A radical departure from the previous F90 units was the fact the Cluster Gundam incorporated a Core Block System that functioned as its cockpit and backpack, so the pilot’s rate of survival is greatly increased. Following the trend of equipping different Mission Packs for various roles, the F90III is fitted with several hardpoints for attaching a wide variety of equipment. The F90III features a large number of beam weapons, including the mega beam bazooka, which was recently formally adopted by the Federation army and highly regarded by regular pilots. It is speculated that the F90III may have been a candidate mobile suit for the installation of the new VSBR weapon.

SNRI's development department publicly announced the F90III in the Universal Century military magazine MS Monthly Journal special edition winter issue in UC 0122.12.05, however, it was also revealed that the prototype Formula 91 Gundam was being developed simultaneously. After its completion at SNRI's Frontier I facility, the F90III immedietly first saw combat in the hands of Earth Federation pilot Lyle Wolf against the Crossbone Vanguard's Death Guns Squad mercenary unit on March UC 0123. 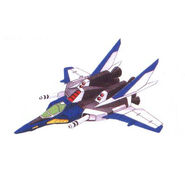 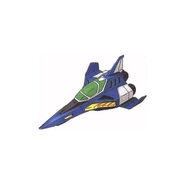 Retrieved from "https://gundam.fandom.com/wiki/F90III-Y_Cluster_Gundam?oldid=433029"
Community content is available under CC-BY-SA unless otherwise noted.