A member of Mufti and assigned to Me-02R Messer unit 1. She has an energetic personality and is decisive than most men when the situation calls for it. Zubin was shot down and killed by Lane Aime during the raid on the Earth Federation assembly in Adelaide. 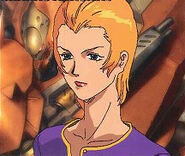 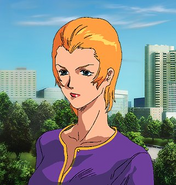 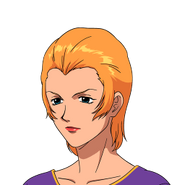 As seen in SD Gundam G Generation Genesis game
Add a photo to this gallery
Retrieved from "https://gundam.fandom.com/wiki/Emerelda_Zubin?oldid=459506"
Community content is available under CC-BY-SA unless otherwise noted.