Eleonora McGovern is a teacher and the personal assistant to Meijin Kawaguchi the Second whose ruthlessness extends to himself. He has a tendency of smashing any losing Gunpla to pieces after a battle is over. He uses GN-004-P Gundam Nadleeh Partita.

He dress as a woman and look very convincing. Senior students of Gunpla Academy, including Julian Ayers Mackenzie, would keep this as a secret, only reveal it when younger student caught them call him by nickname "Eleo" (エレ男).

Eleonora McGovern uses a costume and the alias "Masked Second G" to participate in the "8th Gunpla Battle World Tournament". 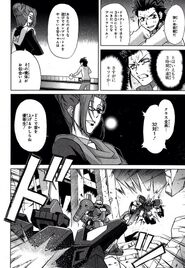 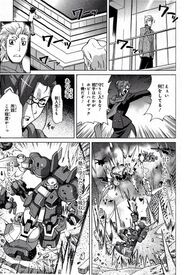 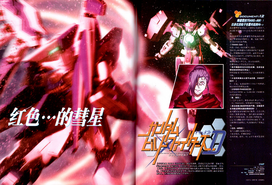 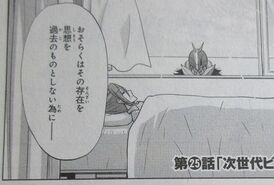 like Sekai Kamiki, Eleonora can also use "assimilation" during the "8th Gunpla Battle World Tournament"

Retrieved from "https://gundam.fandom.com/wiki/Eleonora_McGovern?oldid=461557"
Community content is available under CC-BY-SA unless otherwise noted.