The Earth Federation (地球連邦, Chikyū Renpō?) is a global government introduced in the Mobile Suit Gundam television series. It is one of the main factions of the Universal Century timeline.

The Earth Federation flag features Earth surrounded by eight triangles, representing the seven Sides and the lunar cities,[1] located in a diamond shape on a green background.

The Federation is a global government that was formed by a 'rich mans' club' of wealthy nations. In Gundam, no individual nations are mentioned or continue to exist. Places are mentioned by what landmass or region they are in, such as New York City (or New Yark, according to on-screen text) and Odessa are mentioned to be located in North America and Central Asia, not the United States or Ukraine. While Japan, Australia, and Ireland are mentioned, these names refer to the landmasses and not the former countries. The only exception to this is the language and nationality of characters, which can be interpreted to be based on their predecessors' former homeland before emigrating to the space colonies.

The Federation military headquarters was a secret, underground complex located at Jaburo, deep in the Amazon jungle. It was located underground for protection against Zeon attacks.

The Federation maintained a just for show military academy at Nijmegen.

The Earth Federation Assembly, as seen in Zeta Gundam, was located in Dakar.

Until U.C. 0093, the Earth Federation Capital was located in Lhasa.

In U.C. 0218, the Earth Federation collapses after losing influence following several conflicts, as well as years of infighting and corruption.[2]

Earth's surface is divided into eleven primary administrative regions, with smaller territoriy regions throughout the world. It is not revealed whether these regions operate with some degree of autonomy or not.

The Earth Federation was formed in the pre-Universal Century (i.e. the late 21st Century), when overpopulation began causing famines, outbreaks of disease, and wars over living space, food, and resources.

In order to relieve Earth of the burden and allow it to heal, the Earth Federation announced the Space Colonization Plan. The Earth Federation began the construction of orbital habitats, based on the designs and research of Gerard K. O'Neill, and located in the Earth-Lunar Lagrangian Points. The colonies, called Bunches (possibly due to the ballistic pairing of the colony cylinders) were then organized into administrative sectors called Sides. While most of the human population was forced to relocate to the colonies as part of the Space Colonization Plan, the wealthy and influential members were able to remain on Earth. This gave rise to the image of the Earth Federation as "Earth-Born Elite", living comfortably on Earth while the ordinary populace, for the most part, has been forced to live in space.

In order to maintain and satisfy energy concerns, the Earth Federation launched Solar Power Station Satellites, which broadcast energy to power stations on the ground. In addition, the Federation also launched the Jupiter Energy Fleet, which collect helium-3, hydrogen and methane from the upper atmosphere of the gas giant. In U.C. 001, the Federation elected it's first prime-minister, Ricardo Marcenas, who was prepared to unveil the Universal Century Charter. However, before he could do so, his resident colony, Laplace, was destroyed by a terrorist group. Arguably, the sabotage was the best thing that could've happened for the Federation, since it allowed it to maintain all its authority under the pretense of preventing terror.

The One Year War was a year-long conflict between the Earth Federation and the Principality of Zeon, who declared independence and attacked the Earth without warning. The war was ultimately won by the Earth Federation, who disbanded the Zeon army. However, for many years on, several incidents were caused by Zeon remaining forces or loyalists.

The Gryps conflict was a full-scale war between the Titans, an Earth Federation elite force, and the AEUG/Karaba anti-federal forces. The war erupted when the Titans mass-murdered the civilian population of the 30 Bunch colony at Side 1, to suppress peaceful demonstrations against federal politics.

The Earth Federation could not hope to produce for all branches of its military and by the time the Earth Federation could fully figure out the Ronahs it was to late. They attacked the frontier side or Side 4. Cosmo Babylon was eventually defeated, and the Earth Federation made them pay for what the Ronahs did. They confiscated colony buildings and uncompleted colonies to a different location. As result of the loss of so many vital resources Cosmo Babylon was forced to declare bankruptcy. During this time the Assembly or part of it at least moved to space, on the moon. This is well received by the colonies.

All the Earth Federation had to do was wait. It finally collapsed in a 3 way civil war and after Cosmo Babylon collapsed the Earth Federation retook Side 4 and moved all the colonies to the new location. They also secretly supported the new Crossbone Vanguard against the Jupiter Energy Fleet which had proclaimed themselves the Jupiter Empire. After the war the Federation sent a large fleet to Jupiter to retake it. They did not meet much resistance they provided much aid to the people of Jupiter and Jupiter was annexed without much resistance.

All seemed well and mankind was headed towards peace. However an economic crisis hit the colonies and affected the Federation, due to trade imbalance. The Federation acted quickly enough to prevent the crisis from turning into a depression, but the economy was still highly unstable. So to help solve the crisis, they severely red-taped the EFF. This meant they were largely confined their bases. As a result, most development money went down the drain. But the Earth Federation forces were not down-sized. The Earth Federation government's primary focus was on the economic crisis, because the future of the Earth Federation was at stake. Then due to the economic crisis, some anti-Federation parties rose up, including the Gatte party, who began spreading the philosophy of Maria Pure Armonia. She was a Newtype who performed miracles for the people and was advocating independence from the Federation, as well as power to women, motherly love and a claim of the Earth for true believers. At first, they advocated in Side 1, but the local Federation commander, realizing the threat, kicked them out of Side 1. They then moved to Side 2 Amillia colony after which they really gained popularity in neighboring colonies. However, this greatly terrified the Federation, and most of Side 2's colonists.

Around this time, the Gatte Party radicalized. They demonstrated their newfound extremism by guillotining two corrupt party ministers. The Yellow Jackets, a militant force of the Gatte Party, then secretly staged an uprising in Amelia and other colonies. The garrisoned Federation forces were overwhelmed by the rioters, allowing the Gatte party to gain control of some colonies. While Federation forces in Amelia were making their last stand in the BESPA arms building, they destroyed classified files such as the manufacturing of Gundanium alloy and VBSR beam rifles. Unfortunately they failed to destroy the BESPA arms building before it is overrun by the Yellow Jackets. After that the rebellious colonies declared Maria their queen, they declared themselves the Zanscare Empire and announced they were independent from the Earth Federation.

In U.C. 0151, the EFF and BESPA started fighting as each faction took over a series of colonies. The League Militaire makes its combat debut in U.C. 0153.

After the Woowng incident, Zanscare found and terminated one of the League's secret factories. The League Militaire managed to make their way to a Federation base to get to the mass driver complex. The Federation then officially declared war upon the Zanscare Empire.

The League Militaire managed to get up into space, and got some obsolete ships from the Earth Federation. Meanwhile, the EFF fleet finished abandoning their former Side 2 colonies they were protecting. The land garrisons stayed behind to protect the remaining colonies and inflicting damages on Zanscare installations. The League Militaire managed to capture the Giga particle cannon from Zanscare in a previous battle during the 1st battle of Amelia.

With the Federation forces that were available for offense, the League Militaire managed to buy time for the Giga particle cannon to fire at its intended target, which was to destroy Amelia, but somehow the shot was redirected by Cronicle Asher. The redirection came at a price of the destruction of one of Zanscare's main fleets, forcing Zanscare to halt infinitely their plans to conquer the remaining Federation colonies they had in Side 2. This allowed the Federation to move the remaining colonies in their control to Side 5.

Realizing their plans to conquer Side 2 were ruined and with no distraction bothering them, they sent the newly constructed Motorad fleet to Earth. With the League Militaire's failure to stop the Zanscare forces as well, the Empire's forces were able to land somewhere in Mexico. The Federation realized they could be defeated and between choosing to either go out fighting, or dying like cowards, they chose to former.

There was a plan was to lure the Zanscare forces to the EFF headquarters at California, which was reinforced over the years with the ability to withstand a full on colony drop and it was fully manned. However Zanscare knew that it did not have the battle strength to pierce even the weakest line of defense, thus bypass this key military installation.

Due to the European front going badly for Zanscare and the fact that the Motorad fleet was going to get destroyed by the combined Earth Federation & League Militaire forces eventually, Zanscare offered a cease fire to the Earth Federation.

The active Federation central government on the Moon secretly sent an EFSF fleet to support the struggling League Militaire forces in space. The Federation fleet destroyed the Zanscare forces first line of defense rapidly. Subsequently, Federation forces ended up defeating the Zanscare on numerous battles, while the Zanscare was having internal conflicts.

The Federation soon discovered the effects of the super-weapon, Angel Halo, that were causing people around Earth to fall into an unconscious state. The Earth Federation subsequently gives the League Militaire its full support to destroy the Angel Halo.

At the height of the conflict, Shahkti, daughter of Maria, took control of the Angel Halo and attempted to broadcast a message of peace which was transmitted all over the Earth sphere via her Newtype abilities. With most of the Zanscare fleet in disarray, the EFF overwhelmed the remaining forces. The massive Angel Halo broke apart and disappeared from Earth. EFF forces that were captured by the Angel Halo earlier were eventually rescued by reinforcements. With the collapse of Zanscare Empire, the Earth Federation retook the Zanscare-held colonies after the war.

Until U.C. 0087, the military central command for the Earth Federation Forces was Jaburo, a large, heavily fortified underground base located around the Amazon river. During the One Year War, the base was the target of many attacks by the Principality of Zeon, including the Operation British colony drop, and a decisive battle at which the remaining bulk of Zeon's Earth Attack Force made their final attempt to destroy Jaburo. Throughout the Universal Century, the Space Force operated from their headquarters at Luna II. 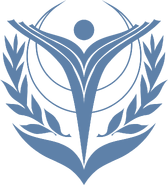 Symbol of the Earth Federation government in U.C. 0001