EXAM System (A.K.A EXAM Newtype Simulation Control System) is a specialized combat support system featured in Mobile Suit Gundam Side Story: The Blue Destiny. It was intended to mechanize Newtype abilities into the mobile suit itself, allowing their use by normal pilots as a combat aide. The system was created by Professor Chlust Moses.

As awareness (and hatred) of Newtypes grew, a number of machines and systems were created to counter their abilities. EXAM was one of these, designed as a system that gave normal pilots the ability to mimic the power of Newtypes. While little is known about the mechanics of the system, the primary component is known to have been the captive soul of Newtype Marion Welch. The conflict of her soul with the bonds of the system made it extremely unstable and hard to control, to the point that the system - and the mobile suit - would sometimes go berserk. While under the influence of the EXAM System, the mobile suit's optical sensors would glow red.

The EXAM System was first installed in the MS-08TX(EXAM) Efreet Custom, piloted by Nimbus Schterzen, a Zeon Ace Pilot. Sometime after Professor Chlust Moses's defection, Earth Federation Forces were given this system and installed it into RGM-79BD-0 Blue Destiny Unit 0 and then RX-79BD-1 Blue Destiny Unit 1, which was piloted by Yuu Kajima.

Marion's fate after EXAM System and Blue Destiny's destruction is unknown, though the Blue Destiny manga suggests that she was dead and had moved onto the afterlife, while the games suggest that destroying the system woke her from her coma.

In U.C. 0084, True Federal researchers used data from Newtype Research Institute about EXAM to create NEO Exam system, a first step before the Demon Blade systems. NEO EXAM was only installed on RX-79BD-2 Blue Destiny Unit 2 Ω, secretly built on Side 7 and used only for testing. 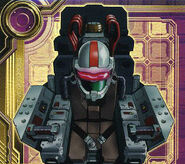 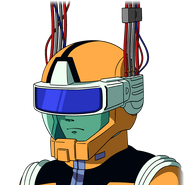 Retrieved from "https://gundam.fandom.com/wiki/EXAM_System?oldid=475607"
Community content is available under CC-BY-SA unless otherwise noted.