The Phantom V2 is the XM-XX Ghost Gundam now restored to the original EMS-TC02 Phantom Gundam specifications, without the Ghost Gundam's anti-beam coating. However, due to drifting in space for fifteen years, many of its original armaments have been lost and its Minovsky Drive system has deteriorated. Furthermore, due to the lack of engineers with the proper knowledge, maintenance on the Phantom cannot be properly performed, reducing its performance to about 75% of its original capabilities.

This was later rectified when Font joined Cyclops, where their engineers were able to restore the Phantom V2 to its original state, using newer technology.

A new armament developed for the Phantom V2 to replace its Flame Sword, following its recovery. The rotor can be used as a beam cutter, a beam shield, and a beam vulcan can be emitted by polarization in the I-field.

MA form of Phantom V2. The appearance has changed greatly with the front by the installation of the nose rotor. The propulsion is obtained by the rotation of the rotor in the nose. Although the load on the Minovsky Drive has been reduced, the engine's output has been reduced, so there is no change in the usage limit time. 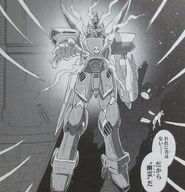 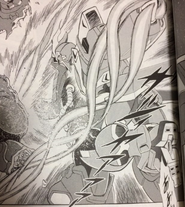 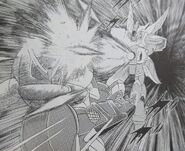 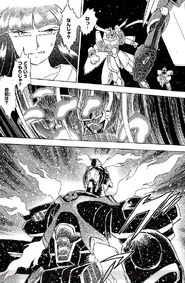 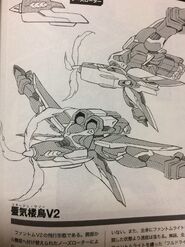 Mirage Bird V2
Add a photo to this gallery

Retrieved from "https://gundam.fandom.com/wiki/EMS-TC02_Phantom_V2?oldid=445943"
Community content is available under CC-BY-SA unless otherwise noted.