After the formation of Jupiter Republic, the Batalla's production line is modified into worker mobile suit JMS-06 Doc Ock. 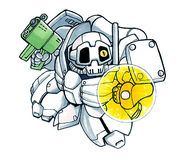 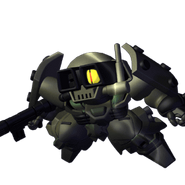 Retrieved from "https://gundam.fandom.com/wiki/EMS-06_Batalla?oldid=445975"
Community content is available under CC-BY-SA unless otherwise noted.