The Agg was constructed in preparation for the Zeon's upcoming assault on the Earth Federation subterranean headquarters of Jaburo. Built at California Base, it was one of a few highly specialized mobile suits that would aid in the assault. The Agg was designed primarily to bore and smash through rocks to create tunnels for other, more combat capable, mobile suits to enter Jaburo through.

The short and stubby Agg was equipped with two hover jets instead of standard legs, so it could float rather nimbly across the ground instead of walking. To efficiently cut through rocks the Agg featured two very large drills on its forearms, as well as a pair of large grinders on its shoulders, and a laser cutting torch on its torso. However, the Agg had virtually no combat capability, but its arm drills could be replaced by 4-tube missile pods and a 4-tube missile launcher mounted on its head to serve a more combat oriented role.

The few Aggs that were built at California Base never had the opportunity to be deployed. A secret spacedock entrance to Jaburo was discovered by Zeon Commander Char Aznable long before the Zeon's attack was scheduled to take place, so when the attack was launched the Aggs were left at California Base. 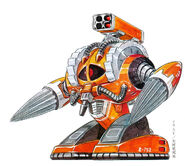 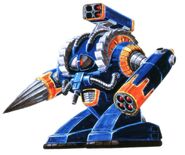 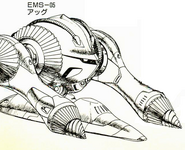 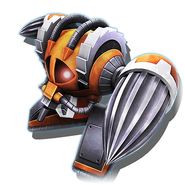 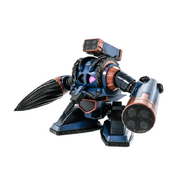 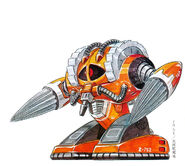 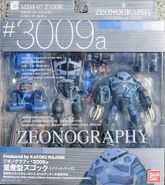 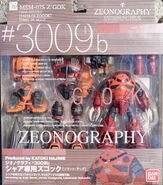