Dylan Heim is a fictional character from the series Turn A Gundam. 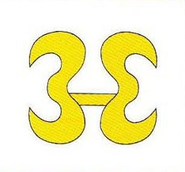