Duett Langraph is a fictional character from After War Gundam X.

Duett Langraph earned the nickname "The Shadow" during the Eastern Campaign of the New United Nations Earth's reunification of the planet. As one of the most skilled mobile suit pilots of the New United Nations Earth, he was brought to the attention of Shagia and Olba Frost during their special mission to determine any Newtype abilities among the active duty pilots. In order to test the abilities of the pilots, the Frost Brothers decided to play a little game, allowing the pilots they were to test to draw cards to see in which order they would go up against the mobile suit pilots of the Freeden.

Duett has a duel personality, both of which physically alter his appearance. When not engaged in battle, Duett falls back onto his default personality, which has brown hair in a bowl shaped hair style. This personality is very gentle in nature, so much so that after a battle he looked after a lost dog that was wondering around. His second personality manifests itself in that his hair turns red and stands up off his head as if it were on fire. This personality is also extremely brutal and violent, enjoying the thrill of combat and destruction.

Having drawn the 4 of Diamonds in the game the Frost Brothers set up, he was the second pilot to face the crew of the Freeden. Duett used his experimental mobile suit, the NRX-011 Britova to combat the Gundam Double X and the Gundam Airmaster Burst, intercepting them as they tried to stop General Lee Jackson from carrying out a suicide mission. After being able to maintain control of the battle, he lost control when Garrod Ran and Witz Sou combined their efforts to over power him. Before his mobile suit was destroyed, Duett reverted to his default personality. 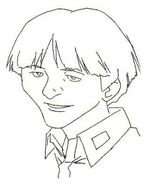 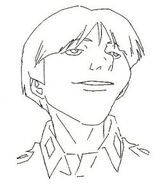 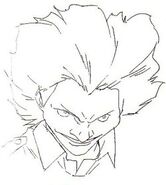 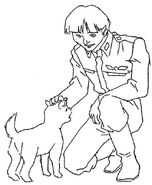 Retrieved from "https://gundam.fandom.com/wiki/Duett_Langraph?oldid=349366"
Community content is available under CC-BY-SA unless otherwise noted.