Dozle Zabi (ドズル・ザビ, Dozuru Zabi?) is a character that appears in the TV anime Mobile Suit Gundam. Dozle is the third son of Degwin Sodo Zabi and the commander of the Principality of Zeon's Space Attack Force. His role in the One Year War was commanding Zeon's space forces, whether from his headquarters in the asteroid fortress Solomon or through direct leadership in battle. He is best known for piloting the massive mobile armor MA-08 Big Zam.

Tall, burly and scarred, Dozle casts a fearsome appearance at first glance but he is actually one of the more likeable of the Zabi clan. Gregarious and good natured, Dozle is a good man to his troops. He is also a devoted, loving family man and has a wife Zenna and baby daughter Mineva (It must be noted that he also took a young woman named Marlene Karn as his mistress, half for her beauty and half to help her father Maharaja Karn). Dozle is closest to his younger brother Garma Zabi and actually looks forward to the day when Garma becomes an Admiral in his own right. Dozle dismisses Char Aznable from his division, blaming him (though not suspecting him of foul play) for incompetence in the battle that resulted in Garma's death. Dozle especially despises his sister Kycilia Zabi and this feeling is only increased when she recruits Char into her division.

Dozle is revered by his troops in the Space Attack Force for personally leading them in battle. He and his bodyguard and close friend Shin Matsunaga were known to stage frontline "inspections" in his custom MS-06F Zaku II, which typically became impromptu raids on nearby Earth Federation forces.

Dozle first appears when Char reports to him regarding his discovery of the Federation's V Project. Dozle comments upon Char skipping an event for which he was to be the guest of honor. Following the death of Garma, Dozle returns to Side 3 where he meets with his father and siblings. There it is decided that Char will be dismissed from the Space Attack Forces, although Char is immediately recruited by Kycilia to join her forces. Dozle later sends out the Conscon mobile assault force in an attempt to defeat the White Base and humiliate both Char and his sister.

Dozle's command center is located in the heart of the asteroid Solomon (later renamed Konpei Island by the Federation), and it is here that Dozle made his last stand. Late in U.C. 0079, the Federation launched an offensive against Solomon, utilizing their remaining Salamis and Magellan class vessels. When the Federation's Public class boats successfully deployed their beam dispersion smoke, Dozle ordered the mandatory evacuation of all non-essential personnel. At the same time, the Federation deployed its first Solar System array at Solomon, which destroyed anything attempting to leave. Dozle mounted his own mobile armor, the MA-08 Big Zam, and flew out to buy time for the evacuees. Dozle fought to the last - even when the Big Zam was destroyed by Amuro Ray's RX-78-2 Gundam, Dozle ejected and shot at the Gundam with a machine gun. He was caught in the exploding Big Zam's blast and was killed. His death marked the beginning of the end for Zeon forces in space.

Dozle and his Zaku as seen on Mobile Suit Gundam MSV-R Legend of the Universal Century Heroes: Rainbow's Shin Matsunaga

Dozle Zabi as seen on Gundam Pilot Series of Biographies: The Brave Soldiers in the Sky 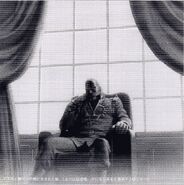