The Gundam Wiki
Register
Don't have an account?
Sign In
Advertisement
in: Not Applicable/Specified, Series, SD Gundam

1991 — 1991
Doozy Bots is an American TV series created in an attempt to bring SD Gundam to the North American audience.

When Professor Doozy's first generation of robot creations go out of control and wreak havoc wherever they go, he enlists five of his students to participate in an experiment wherein their minds are transferred into newer robots to combat the first generation.

Several Mobile Suits from across the Universal Century timeline were featured in the show, including the RX-78-2 Gundam, RX-77-2 Guncannon, a RX-75-4 Guntank which could be used by a wheelchair-bound man, a skateboarding and hang gliding RGZ-91 Re-GZ, and a pink RGM-79 GM. Also appearing were a yellow MSM-07 Z'Gok, a MSN-03 Jagd Doga, and MS-09 Doms, which hatched from eggs similar to Gashapon capsules, laid by a robotic turkey. 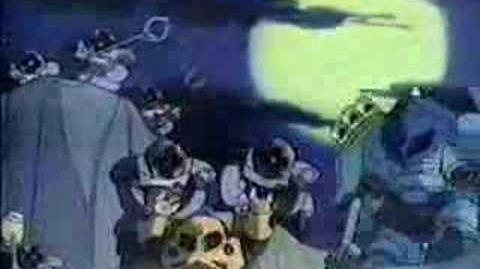