The Queen of the Moon, Dianna Soreil is the hereditary ruler of the Moonrace. Now that the Earth has regenerated from the destruction wrought by the Dark History, she believes that it is time for her subjects to return to Earth. Dianna lands a colonial force on the Earth in the hopes that they will be allowed to live in America's sparsely-populated North Amerian Sunbelt area. Unfortunately, she fails to take Terran resistance to the migration into account, and does not anticipate that her more ambitious subjects might turn against her in her absence. Events quickly spiral out of her control.

Dianna has lived for centuries using the Moonrace's cryogenic techniques. Her desire to live on Earth is a product of her weariness with her unchanging life on the Moon. She is an intelligent and commanding leader, but she lacks the drive of her young double, Kihel Heim. Dianna is overjoyed when assuming Kihel's identity allows her to lead a simple life with Loran. She only returns to the Moon in order to correct the mistakes she made in her rash rush towards repatriation. 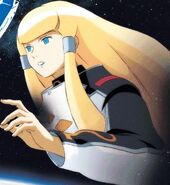 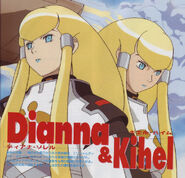 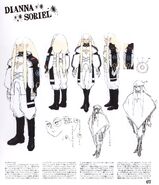 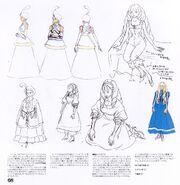 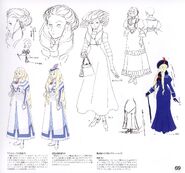 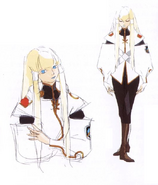 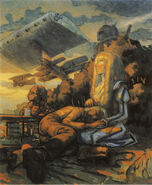 Dianna Soreil as seen on ∀ Gundam: Wind of the Moon 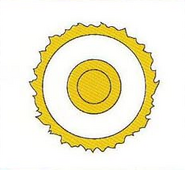