1
Developers - Mobile Suit Gundam Before One Year War (機動戦士ガンダム Before One Year War,デベロッパーズ―機動戦士ガンダム) is a single-volume manga written and illustrated by Yamazaki Housui between the years 2001-2003. It is set in the Universal Century time-line of the Gundam meta-series.

The Zaku, "The Father of all Mobile Suits", a title bestowed on to this mobile suit long after its creation & deployment to the battlefield; but this is not the story of the Zaku's exploits during the Zeon War of Independence, later called the One Year War. Neither is it the story of a new type of piloted, independently powered mobile machine. A machine that would be powered by a state of the art thermonuclear reactor, but due to the secrecy and inherent danger involved in developing a project of this kind, its development was outsourced to Hoshioka, a small steelworks industrial plant and its employees, this is their story. 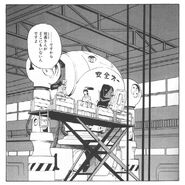 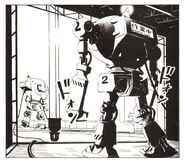 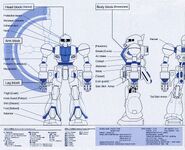 Retrieved from "https://gundam.fandom.com/wiki/Developers:_Mobile_Suit_Gundam_Before_One_Year_War?oldid=446208"
Community content is available under CC-BY-SA unless otherwise noted.