Demar Griffe is a fictional character from the After War Gundam X anime.

Demar Griffe is a Lieutenant in the New United Nations Earth military, having earned the nickname "The White Death" during the African Campaign. Believed to have Newtype abilities he was transferred to the command of Shagia and Olba Frost so that they could test him further. Taking part in a card game in order to see who would face the crew of the Freeden first, Demar drew the Ace of Spades, allowing him to face the Gundam pilots first.

Given the experimental mobile suit NRX-007 Correl, Demar's first tasks was to re-paint the mobile suit in his own custom colors of pure white. His next demand was that the Frost brothers were to lure the other pilots away so that he could face Garrod Ran in the Gundam Double X alone.

When the Freeden responded to an attack by the New United Nations Earth military to the capital city of the United Kingdom of Northernbell, the Frost brothers successfully lured the other pilots away to allow Demar to challenge Garrod to a one-on-one battle. Using the speed of the Correl and a single beam knife, Demar was able to heavily damage the Gundam Double X. While attempting to stab the Gundam Double X's cockpit, Garrod was able to block with his beam rifle, the resulting explosion from the weapon sent the Correl flying back. Garrod finished the Correl, and Demar off with the head vulcans and breast launchers of the Gundam Double X. 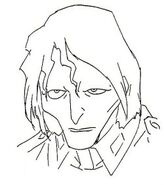 Retrieved from "https://gundam.fandom.com/wiki/Demar_Griffe?oldid=349348"
Community content is available under CC-BY-SA unless otherwise noted.