In this installment, Darcia Bakharov is the Prime Minister of the Principality of Zeon, even though Gihren Zabi holds the actual power in the chain of command. Hence, he is a puppet under the control of the Zabi family until the end of the One Year War. After the fall of A Baoa Qu and the death of the entire Zabi family, Darcia Bakharov becomes the de facto leader of the newly formed Republic of Zeon, which signs the Treaty of Granada to end the One Year War.

After the war, Darcia continued to be the prime minister of the newly-formed Republic of Zeon and contributed greatly to its autonomy. However, his son and successor, Minister Monaghan Bakharov, held opposite ideals to his father: An ardent nationalist, he secretly rebuilt the republic while giving help to Neo Zeon remnants "Sleeves".

During one of the conversation with his good friend, vice-prime minister Oleg, Darcia hinted that he planned to negotiate with the Earth Federation, much to Oleg's surprise. When the vice-prime minister questioned why he would tell him that, as Darcia could be tried as a traitor if this got to the Command HQ, Darcia simply answered that he didn't care; and furthermore, asked Oleg to give the sovereign his best support (which indicated that he knew Degwin Sodo Zabi's plan to reach a peace treaty with the Federation).

A mutiny broke out in Zum City to overthrow the Zabi family and instate Char Aznable, the son of Zeon Zum Deikun. The date of the revolt, December 31, was also the day for the battle of A Baoa Qu which ended with Zeon's defeat. Darcia had already left for Granada earlier and didn't attend the emergency parliament assembly.

Mobile Suit Gundam Side Story: Space, To the End of a Flash

After the Battle of A Baoa Qu, the Thoroughbred was used to escort Darcia to Granada in order to hold the final peace negotiations aimed at ending the war. Although the ship was attacked by Zeon forces who were unwilling to let the war end, the convoy was able to reach the lunar city safety. 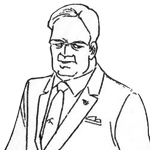 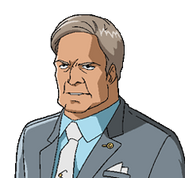 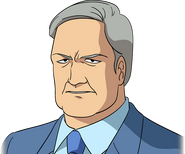