Supported by Meitzer Ronah's powerful business empire, the Buch Concern, the original Crossbone Vanguard is formed and lead by Meitzer's son-in-law Carrozo "Iron Mask" Ronah, who hid his face under a helmet-like mask ever since his wife Nadia (Meitzer's daughter) left him and eloped with another man. The Crossbone Vanguard's chief purpose is to establish an aristocracy in the new Frontier colonies at Side 4 called Cosmo Babylonia.

In U.C. 0123, they commence their assault without warning. The Crossbone Vanguard attacks the Frontier IV colony, completely overwhelming the unprepared and obsolete Federation colonial defense forces. Weeks later the Crossbone Vanguard would invade the Frontier I colony. During this battle Carozzo is killed in battle by the pilot of the new F91 Gundam F91, Seabook Arno, when he destroys Iron Mask's enormous mobile armor, the XMA-01 Rafflesia. The Crossbone Vanguard continues to hold control over the Frontier colonies, until the return of Berah Ronah in U.C. 0125, who denounces Meitzer, resulting in a civil war between the members of the Ronah family and their respective supporters, resulting in Cosmo Babylonia ultimately collapsing in U.C. 0128.

Ten years later in U.C. 0133, as narrated in the manga series Mobile Suit Crossbone Gundam, a new Crossbone Vanguard surfaces. After having faked her death in U.C. 0128, Cecily, going by her real name of Berah and Kinkedo Nau (Seabook Arno under an alias), resurrect the Crossbone Vanguard and lead the group from the warship Mother Vanguard in a secret battle against the power-hungry Jupiter Empire led by Crux Dogatie in the Jupiter Empire Wars. 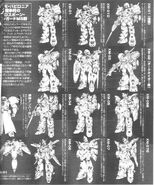 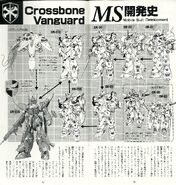 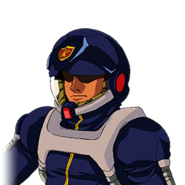 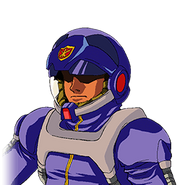 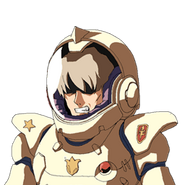 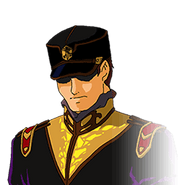