As seen in the excerpt, Cima began her career in the Zeon military as a Zaku I pilot, serving during the horrific inciting incident of the One Year War. During that period, she was unknowingly involved with the gassing of a colony - it was not until after the GG nerve gas was injected into the colony that she and the other soldiers involved realized that they had just committed a war crime. According to the audio drama, Cima was later promoted to the command of a Zeon Marine Amphibious Unit (M.A.U.), which she manned with fellow residents of her home colony of Mahal.

The final days of the One Year War were especially hard on Cima and her crew. First, the Mahal colony was the one which was selected by Gihren Zabi to be converted into the Solar Ray Colony Laser - thus Zeon rendered Cima's unit homeless. Then, as if to add insult to injury, when the asteroid base Axis offered amnesty to Zeon forces as the Principality collapsed, her former commander (who had ordered the use of nerve gas) used Cima as a scapegoat - pawning off the crime onto her shoulders and fleeing to the relative safety of Axis while the M.A.U. Cima (later know as Cima Fleet) consisting of the Zanzibar II-class mobile cruiser Lili Marleen, six or seven Musai-class Late Production Type cruisers, and about 30 MS-14F Gelgoog Marine mobile suits, were forced to spend the next three years operating in Earth space as pirates. During that time, Cima's attitude towards Zeon hardened, to the point that she no longer held any love for her homeland, but only a desire for revenge.

When Aiguille Delaz developed the plan known as Operation Stardust, he approached Cima as he had need of the manpower that the Cima Fleet could provide - that said, Delaz did not trust Cima, and for good reason. Cima, upon receiving the offer, planned her revenge - she would seem to accept Delaz's plan, but would ultimately betray him, aiding the Earth Federation in crushing what seemed to be the final gasping breath of the Principality. Unfortunately for Cima, the involvement of the crew of the Albion would be her undoing - their untimely involvement during a covert meeting between the Cima Fleet and the Federation's battleship Birmingham, carrying Inspector General Admiral Green Wyatt, resulted in the loss of the Operation Stardust plans and the death of Albion's senior pilot, South Burning, would harden the young pilot of the RX-78GP01-Fb Gundam "Zephyranthes" Full Burnern, Kou Uraki, against the Cima Fleet and its commander.

In the waning days of Operation Stardust, Cima finally acted overtly, seizing the Delaz Fleet's flagship Gwaden and executing Delaz on the bridge. Unfortunately, the Albion crew arrived the site after stealing the mobile weapon RX-78GP03 Gundam "Dendrobium", despite the orders of the Earth Federation forces, the Albion crew treated Cima fleet as an enemy, and so Cima was forced to defend her fleet with the recently received AGX-04 Gerbera Tetra mobile suit. However, she soon confronted Uraki in combat, who was now piloting the RX-78GP03. The agile AGX-04 was no match for the raw power of her sister mobile suit, and Cima's short, tragic life was ended when her mobile suit was impaled on the mega beam cannon of the RX-78GP03 and it was fired at point blank range.

Cima Garahau as seen on Gundam 0083: Mayfly of Space 2 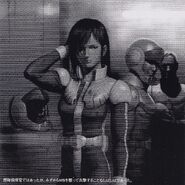 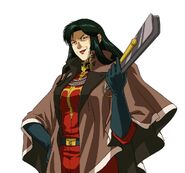 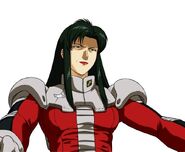 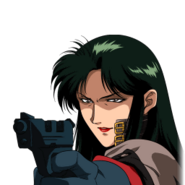 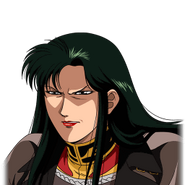 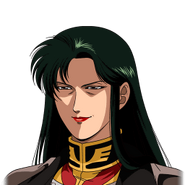 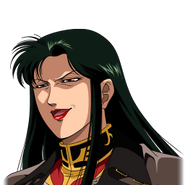 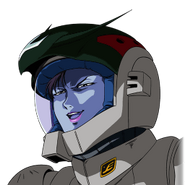 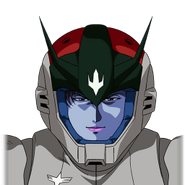 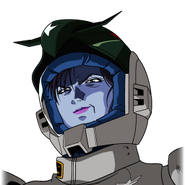