Catherine Bloom (キャスリン・ブルーム) is the elder sister of Trowa Barton and an acrobatic knife-thrower in a traveling space circus in Mobile Suit Gundam Wing.

Catherine is a beautiful and kind girl. After experiencing a lifetime of violence, she only desires peace and fears for those in her life who would fight. After meeting Trowa Barton, she developed a familial sense of protection for him, not realizing he's her biological brother. Seeing everything Trowa went through, Catherine didn't like the company Trowa kept, believing they were the corrupting influence for Trowa's behavior.

Many years after the events of Endless Waltz, Catherine became a different person. She's now adept in the ways of war and has since taken in a teen that has a strong resemblance to Trowa. The extreme change from pacifist to fighter is unknown, but it suggests some great traumatic event that led to her change in position and philosophy of life.

Catherine is a talented acrobat and knife thrower in the circus she works in. Many years later, she received training to become a MS pilot.

At the age of four, her family's wagon was caught in a crossfire during a rebellion on Earth (1). The conflict killed her parents and separated her from her two-year-old brother, Triton. Cathy was later found and adopted by the members of her parents' circus and grew up with them.

When the Gundam pilot Trowa Barton asks to join, Cathy convinces the manager to let him. She soon adopts a big sister attitude with Trowa, even after learning that he is Heavyarms' pilot. She also helps take care of Trowa's friends, including feeding Wufei when he stays with the circus following the failed Treize assassination, and caring for Heero after his self-destruct. When Trowa loses his memory, Catherine finds him and convinces him that they really are brother and sister, trying to shelter him from the war (and his fellow pilots). However, when Quatre comes to find Trowa, he decides to leave again, promising to come back. The novelization of Endless Waltz reveals that Trowa is in fact Triton, but neither of them know this.

In MC0021, at the behest of Instructor W, Catherine takes under her wing a boy with no name who bears an uncanny resemblance to her brother Doktor T. She trains the boy to be a mobile suit pilot and to be able to withstand atmospheres unlike those on Mars that he is used to, as well as training him in circus skills such as knife throwing. Despite the years passed, Cathy is shown to still have a strong temper, punching the boy when they first meet for not saying hello when he arrived. 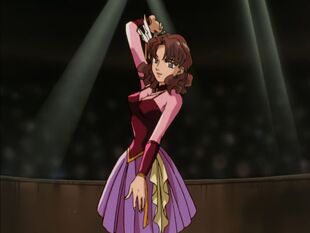 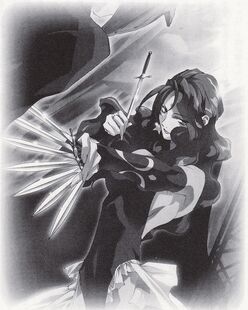 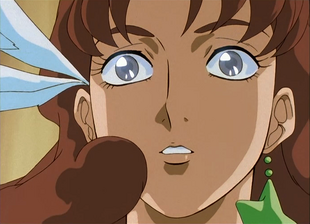 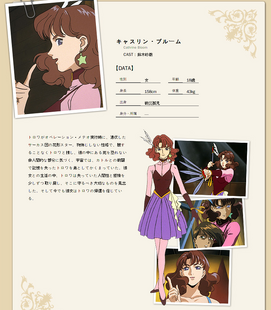 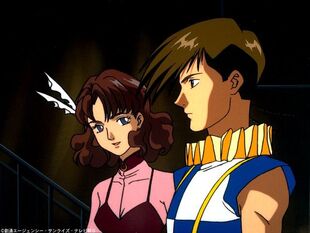 Catherine with her brother Trowa 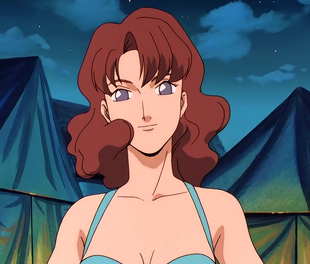 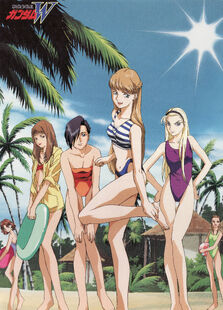 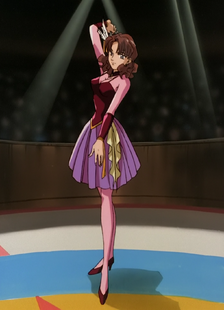 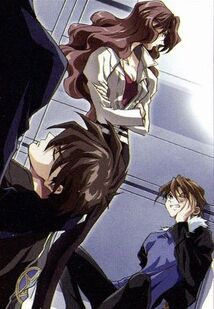