The CB-0000G/C Reborns Gundam (aka Reborns Gundam, Reborns Cannon) is a transformable mobile suit built and used by the Innovators in season two of Mobile Suit Gundam 00. It is piloted by Ribbons Almark.

The Reborns Gundam is a machine based on all accumulated mobile suit technology data from Veda. The base design of the Reborns Gundam was completed at a considerably early stage. Originally, the unit was developed as two separate units, with the CB-001 1 Gundam designated as the lead machine, with the CBY-077 GN Cannon acting as its support unit. But because he did not want to rely on a companion, Ribbons Almark merged the two machines into one.[2] The end result of this was the Reborns Gundam.

The Reborns Gundam features a Trans-Am System and is the second unit to have a Twin Drive System; these systems were reverse-engineered from stolen Celestial Being data by Anew Returner.[2] The Reborns Gundam's combat performance closely matches those of GN-0000+GNR-010 00 Raiser. The Reborns Gundam is able to quickly overwhelm most opponents in either form separately, but it's especially effective because of its versatility to quickly switch between both Cannon and Gundam forms while in combat. This allows it to be a formidable unit in all forms of combat.

The Reborns Cannon Mode specializes in long-distance heavy-assault attacks. Combat data from the GN-005 Gundam Virtue is used in the Reborns Cannon Mode design. The sensor inside the head visor it adopted is in the GNX-607T/BW GN-XII Cannon's sensor line. It features 4 powerful Large GN Fin Fangs that function as beam cannons on its chest, a GN Buster Rifle, and 2 Egner Whips (similar to those on the GNMA-0001V Regnant mobile armor). Its 5 beams may be fired together in unison to produce a much larger cannon blast. It shares 2 Beam Sabers mounted near its neck with its Reborns Gundam form. The Reborns Cannon Mode has limited mobility and options for close combat besides the beam sabers. The mobile suit relies on its Reborns Gundam form for a more balanced close and middle-to-long range combat strength.

The Reborns Gundam Mode features a more balanced array of usable weaponry, making it the most used form. This form specializes in short to mid-range combat with armaments that include a GN Buster Rifle, GN Shield, 2 GN Beam Sabers, 8 Small GN Fin Fangs, and 4 Large GN Fin Fangs. The Small Fin Fangs are hidden within the shield and armor from the underside, the Large Fin Fangs detach from Reborns Cannon Mode's chest-mounted beam cannons.

Overall, the Reborns Gundam is a highly adaptable and versatile mobile suit with high performance. With its ability to quickly transform between two modes coupled with its Twin Drive System, the Reborns Gundam's capabilities are close to those of the 00 Raiser. However, the Reborns is hindered by its GN Drive Taus being its power source.

Weapons based on the wire-grapplers used on the GNMA-0001V Regnant. Shoots out small electric wires that electrify the pilot of the enemy mobile suit. However, this requires the pilot to be still, and one with enough stamina can easily cut the wires. Doubling as the Reborns Cannon mode's hands, they can only be used in this form to wield a beam saber.

Most powerful beam weapon of the Reborns Gundam. Its firepower matches that of Seravee's GN Bazooka. Its power output is variable. In Cannon mode it is a powerful beam cannon, in Gundam mode it's output is slightly higher than that of a standard beam rifle. When it uses less power the rifle's rate of fire increases which is in line for the more well-balanced Gundam mode.

Located on the back of Reborns in Gundam mode, these also serve as its verniers in this form. When in Reborns Cannon mode, the Fin Fangs are facing forward, acting as GN Cannons. The Fin Fangs have greater fire power than regular GN Fangs but are larger thus more easily destroyed. The large GN fin fangs can detach and be remotely operated like other fang weapons; in the anime, they are only seen while using Trans-Am, but the manga adaptation they are used outside of that mode. When detached the fin fangs act as mobile cannons, firing a beam equal to that when used by the Reborns Cannon.

The Small GN Fin Fangs are stored in Reborns' Gundam's shield and back skirt armor (4 on each location) and can apparently only be used in this mode. These fangs function as beam daggers and are highly maneuverable.

Thanks to the data Anew Returner brought back from Celestial Being, Ribbons was able to equip the Reborns Gundam with a Twin Drive System fitted for GN Drive Tau. Though the machine was able to manifest powerful combat capabilities, it still retain the weaknesses associated with machines powered by GN Drive Tau, such as limited operation time. Its particle output formula is also stated to be less than squared of a single GN Drive Tau, which already produces less output than a single original GN Drive, making it a far inferior power-plant system.[3] However, technological innovation has almost eliminated the performance difference between the GN Drive Tau and the original GN Drive.[2] Reborns' Twin Drive System also does not require external equipment like 0 Raiser to maintain its stability.

Even-though the particle output of Reborns Gundam's Twin Drive System isn't on par with the 00 Raiser's, Reborns' Trans-Am still proved to be equal to 00 Raiser's when it comes to firepower, speed and defense. However, the destruction of the GN Drive Tau's after the process remains a large weakness.

The Reborns Gundam's history and exploits can be found on Ribbons Almark's page. 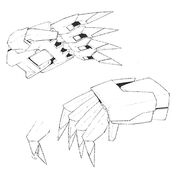 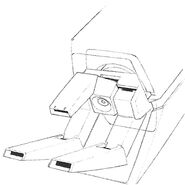 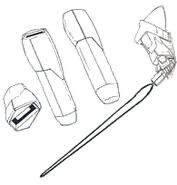 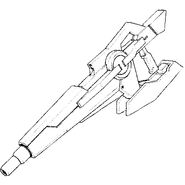 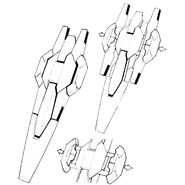 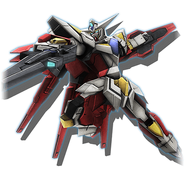 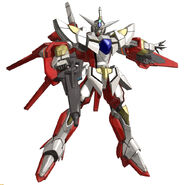 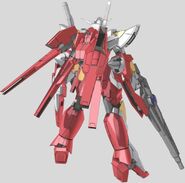 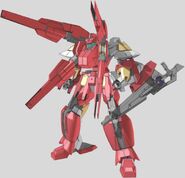 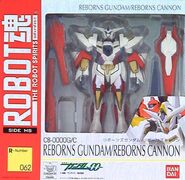