The main feature of the suit is its "Armure Lumiere" (アルミューレ・リュミエール, "Armure Lumiere"?) Mono-phase Lightwave Shield, an improved version of the "Umbrella of Artemis". Like its predecessor, the "Armure Lumiere" is nearly impervious to solid or beam based weaponry and with sufficient emitters can produce a 360° barrier, granting the Hyperion incredible defensive capabilities. However the system is very energy intensive and to ensure the suit's operation time is not affected as much as possible, all the beam weapons used by Hyperion have their own independent batteries.

Besides "Armure Lumiere", the Hyperion Gundam's other armaments consisted of CIWS, beam knives, beam cannons and a beam sub-machine gun. Hyperion Unit 1 is piloted by Canard Pars, who later upgraded it with the Neutron Jammer Canceller and a nuclear reactor, granting the suit and its weapons an infinite operation time and shots. After this upgrade, Canard calls the machine as 'Super Hyperion'.

Like most other mobile suits, the Hyperion has two head mounted multi-barrel CIWS guns to shoot down incoming missiles or enemies at close range. These guns are the only shell-firing weapons on the suit.

For close combat, the Hyperion features five RBW Type 7001 "Romteknica" beam knives. One is stored on each limb and the last on the sub-machine gun. The knives are powered by their own independent batteries and can thus be also used as throwing weapons. After the Hyperion Unit 1 is upgraded, the beam knife can be attached to an energy cable linked to the nuclear reactor for unlimited operation time.

The main ranged combat weapon of the suit, the beam sub-machine gun's battery is stored in a "clip" which can be quickly and easily replaced. While its shots are weaker than those of standard beam rifles, its rate of fire is much greater. The sub-machine gun also mounts a "Romteknica" beam knife below the sensor, allowing the suit to engage in close combat quickly without changing weapons. The beam knife can also be ejected to hit incoming enemy unit. There is an instance where the Hyperion Unit 1 launch with 2 instead of 1 beam sub-machine gun. After the Hyperion Unit 1 is upgraded, the beam sub-machine gun is hooked up to the nuclear reactor via an energy cable, granting it an unlimited amount of shots.

The strongest weapons of the Hyperion, the two Forfanterie" beam cannons are mounted in the backpack binders and fold over the shoulders when in use. They are powered by their own batteries which are ejected after each shot. After the Hyperion Unit 1 is upgraded, the beam cannons can be attached to an energy cable linked to the nuclear reactor for unlimited shots.

The main feature of the Hyperion is the "Armure Lumiere" mono-phase lightwave shield. Hyperion has in total 7 lightwave shield emitters, 1 on each arm, 1 on the back of the backpack and 2 on each backpack binder. The arm-mounted emitters can generate triangular beam shields, and the backpack-mounted units can project an energy barrier similar to the "Umbrella of Artemis" that completely surrounds and protect the mobile suit when they are used together. However, this barrier can only last for 5 minutes due to its heavy energy consumption, but this limit is removed for Hyperion Unit 1 after the upgrade as the suit now has infinite energy.

An equipment that counters the effects of the ubiquitous Neutron Jammers and allows mobile suit to be powered by nuclear engine, giving it almost limitless combat endurance. Hyperion Unit 1's N-Jammer Cancellers is stolen from the lunar base and seems to be mounted together with the nuclear reactor on an additional pack on the backskirt.

In mid CE 71, the Earth Alliance's Eurasian Federation cooperated with Actaeon Industries to created three of its own advanced prototype mobile suits based on the latter's prototype mobile suit Gel Finieto, separate from the Atlantic Federation's GAT-X series. These were the CAT1-X1/3 Hyperion Unit 1, CAT1-X2/3 Hyperion Unit 2, and CAT1-X3/3 Hyperion Unit 3. The three units were identical, except for their coloration. Actaeon Industries later created a trial-type ground combat variant of the Hyperion Series, called the CAT1-XG Hyperion G in order to improve their sales result.

Hyperion Unit 1 was assigned to Canard Pars, a Coordinator born in the same "Ultimate Coordinator" project that produced Kira Yamato, but who had been rejected as a failure. Canard used his Hyperion to seek out Kira, thinking that if he killed the "successful" Ultimate Coordinator, he would prove that he was not a failed attempt after all. Canard operated as part of the Eurasian Federation's Special Operative X from the Artemis asteroid or the Agamemnon-class carrier Ortygia under command of General Gerard Garcia. During his sorties, Canard fought against Junk Guild member Lowe Guele and Serpent Tail leader Gai Murakumo, proving a powerful enemy for each of them.

After the Earth Alliance acquired ZAFT's Neutron Jammer Canceller technology, Canard was determined to upgrade Hyperion Unit 1 with one of them and a nuclear reactor, eliminating any time constraints on its beam barrier. He fought several battles with Prayer Reverie of the Junk Guild and his YMF-X000A Dreadnought, hoping to take its N-Jammer Canceller, and crippled Hyperion Unit 2 when he deserted from the Eurasian Federation(killing the pilot and taking the suit for spare parts). Eventually Canard stole a N-Jammer Canceller from the Ptolemaeus lunar base, and installed it together with a nuclear reactor on his suit, which he then began calling "Super Hyperion". Despite his upgraded suit, Canard was nonetheless defeated in a final battle, with his suit's nuclear reactor about to overload and explode, but Prayer protected him from the blast. After the battle, Canard became a freelance mercenary with ties to the Junk Guild and Serpent Tail, abandoning his quest to kill Kira Yamato and piloting the YMF-X000A/H Dreadnought H, a rebuilt Dreadnought incorporating technology salvaged from the Hyperion Unit 1. 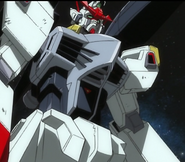 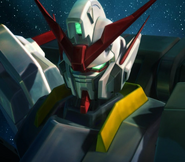 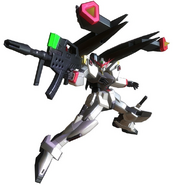 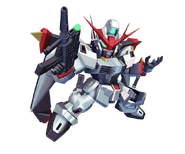 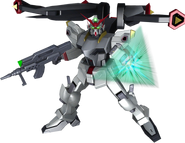